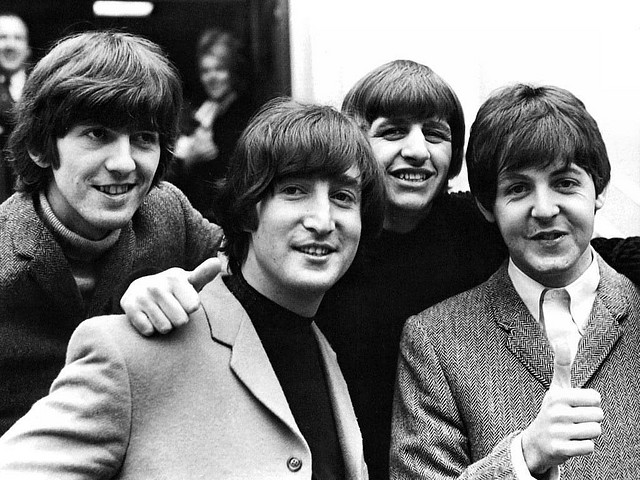 These are the days of Rihanna, Taylor Swift, Adele, Eminem and others.  Most youngsters have only a passing acquaintance with that truly phenomenal group – The Beatles. However, if you are a true music buff, you just HAVE to listen to the Beatles. Period.  Despite releasing all their albums between 1963 – 1970, they still retain a freshness that is quite astonishing.

In the eight year period when they released their music, the Beatles came out with 12 official albums (UK releases).  Obviously, it makes sense to listen to all 12 in the order that they were released. Every album is very good and it is difficult to be disappointed with any. However, if one had to choose the top 5 that everyone should listen to (and own), here is my shortlist:

Sgt. Pepper’s Lonely Hearts Club Band.  An amazing album, it look production techniques to a new level. Contains gems like Lucy in the Sky with Diamonds and A Day in the Life. Ranked by most critics as the greatest rock album EVER.

Revolver. Unlike the previously released Rubber Soul, which was more folk rock inspired, Revolver saw the group shifting to a more electric rock sound. Widely regarded as one of the greatest rock albums, it contains great songs like Eleanor Rigby, For No One and the path breaking Tomorrow Never Knows.

Rubber Soul. Softer and more soulful that the later albums of the Beatles, Rubber Soul has great songs like Norwegian Wood (This Bird has Flown), a song that uses the sitar, possibly a first for a rock band, In My Life, Nowhere Man, Michelle and Girl.

The Beatles (The White Album).  Possibly the most eclectic of the Beatles albums, the White Album saw the group members exploring their own musical directions.  A bit difficult to like on first hearing, the album is, nevertheless, worth going through. While a bit inconsistent, it grows on you!

Abbey Road.  One of the Beatles’ most tightly constructed albums, ironic, considering that the band was on the verge of breaking up.  Many Beatles fans rank it the best Beatles album – the first song, Come Together, sets the tone!  In a band dominated by John Lennon and Paul McCartney, the album contains two outstanding George Harrison compositions – Something and Here Comes the Sun.

Of course, the other albums are worth owning as well.  However, in case you would not like to buy the individual albums of the Beatles and yet get a good overview of their amazing journey (and music), I would recommend two compilation albums – the Red Album (1962 – 1966) and the Blue Album (1967 – 1970).

“If you’re trying to achieve, there will be roadblocks. I’ve had them; everybody has had them. But obstacles don’t have to stop you. If you run into a wall, don’t turn around and give up. Figure out how to climb it, go through it, or work around it.”