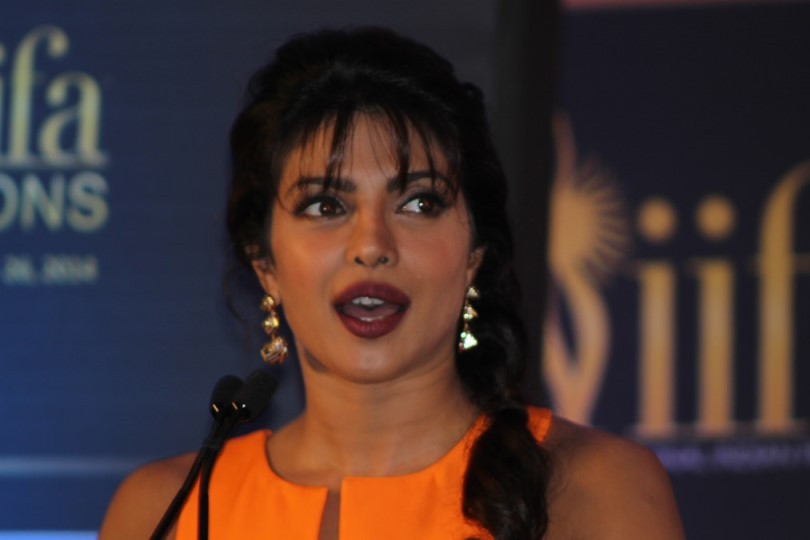 As a race, human beings are always curious about peeking into the lives of others. Be it our neighbour or friend or a famous person, we have a tendency to try and understand them and what they are doing or have done. Perhaps this is why biographical films have always been very popular right around the world. Not only do we get the chance to peek into the lives of others, we get it with dollops of drama, entertainment and, sometimes, hyperbole. Here are 10 films of this genre that are a must-watch. I have tried to recommend the more contemporary movies, ones that were made over the last twenty years or so. So, the next time you want to watch a movie, grab one of these rather than the inane stuff masquerading as good cinema.

Bhaag Milkha Bhaag. This movie, scripted by Prasoon Joshi and directed by Rakeysh Omprakash Mehra, justifiably ranks at the top. In fact, with Farhan Akhtar’s believable yet amazing portrayal of the Indian athlete, the film is of international calibre. From the styling to the symbolism portrayed, there is only one word to describe the movie – gripping. We cried when Milkha Singh got hurt, we prayed so that he would win, we felt low when he lost his first love to someone. Perhaps that is why this movie remains one of the bests Indian biopics ever. It moves us as it entertains us thoroughly.

Mary Kom. Mary Kom is a sports drama film directed by Omung Kumar. The film is a biopic about five-time female World Boxing Champion and Olympic bronze medalist Mary Kom, following her story from her childhood in India to her victory at the 2008 World Boxing Championships in Ningbo City. It brings out the challenges that a woman from the North-East has to face to rise to the top of the boxing world. Mary Kom works for many reasons but primarily because of Priyanka Chopra’s powerhouse performance. It exposes the hurdles that stare at us in life and how complete dedication to our craft can help us overcome them.

Jodhaa Akbar. Okay, let’s not get into the authenticity of the movie; we all know that this historical drama may be short on that count. To director Ashutosh Gowariker’s credit, he did hire a research team of historians and scholars to help him keep things historically accurate. However, Jodhaa Akbar has to be loved because of its grandeur, its interesting retelling of a love story and its plea for the tolerance of all religions. The Mughal era during Akbar was recreated perfectly and one should enjoy Jodhaa Akbar the way one would enjoy a Cecil B. DeMille epic – by enjoying the drama and suspending belief for a while.

Paan Singh Tomar. The movie was Irfaan Khan’s magnum opus. The story of an army man turned sportsman is interesting in itself. However, what makes the tale special is how circumstances can harden an acclaimed sportsperson into a feared dacoit. The acting and the depth of human character that the movie revealed makes it a justified choice for this list. Or any other list for that matter.

Godmother. Shabana Azmi was the main reason why we loved the film. Based on the life of Santokben Jadeja, the famed Porbandar Mafia head, the film shows how an ordinary woman, instead of becoming a puppet in the hands of an unscrupulous lawyer, she strikes back, taking revenge for her husband’s murder and fighting the corrupt political system until she becomes a veritable mafia Godmother herself.

Gandhi, My Father. Gandhi, My Father explores Gandhi’s intricate, complex and strained relationship with son Harilal Gandhi. Akshay Khanna delivers his career best performance in this interesting flick. The brilliance and ease with which we see the relationship exposed on camera is the best reason to watch this movie.

Bose: The Forgotten Hero. Netaji is in the news these days due to the alleged surveillance that his nephews were subjected to by Nehru and the Congress party. One reason to pick up this Shyam Benegal movie! Sadly, we all know very little about Netaji, his role in India’s independence struggle and his mysterious death. The movie covers Netaji’s life from the time he gave up the Presidentship of the Congress party to the INA trials. How a man, belonging to a prosperous family, could give it all up for his nation is highlighted in the film. Netaji was powerful and had the qualities of a true leader. This was clearly brought out in the movie.

The Legend of Bhagat Singh. If anybody would have to pick his or her fave national hero, it would most likely be Bhagat Singh. While he has inspired films galore, this one with Ajay Devgan in the title role is the best. From the courage of Singh, Sukhdev and Rajguru to the conflicts Bhagat Singh faced before breaking his religious code for the cause of freedom – each dilemma is explored to perfection. The film was correctly set and the cast performed to a level that made you cry at Bhagat Singh’s epic sacrifice.

Bandit Queen. This flick came at a time Bollywood was just warming up to sensitive subjects. Seema Biswas perhaps had the dawn and twilight of her career here at once. Shekar Kapur excellently portrays the nuances of being a woman torn between family and patriarchal norms and the need to be the avenging Bandit. This movie catapulted Kapur to international recognition.

Guru. The script of this rags-to-riches story was heavily drawn from the life story of Dhirubhai Ambani. Abhishek Bachchan does full justice to the role, and takes it up a notch with his baritone and personality. The struggles of making ends met while having big ambitions are explored in the film. The protagonist’s rise to the top combined with the not so kosher activities of business communities and the final speech of Guru makes this film a must-watch.