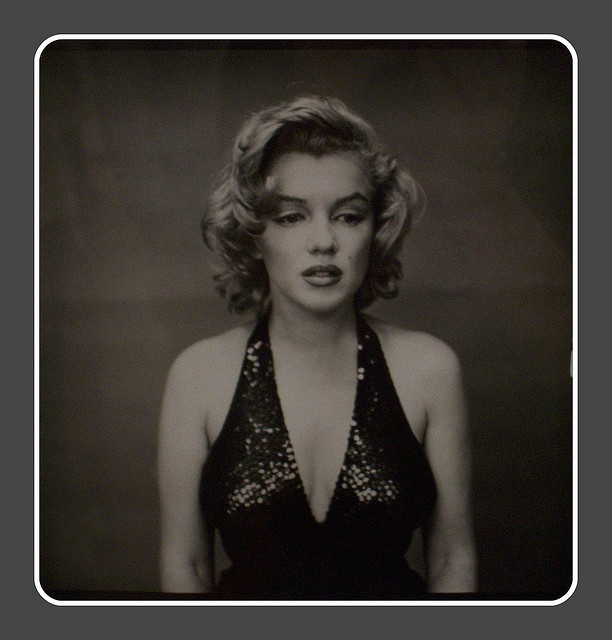 Most of us were not even born – or were too young – when Norma Jeane Mortensen Baker, aka Marilyn Monroe, was wowing cinema goers. She was undoubtedly sexy; however, she acquired a somewhat dubious image of the blonde bimbo. She was pretty smart and actress Jane Russell had this to say about her: “She was very shy and very sweet and far more intelligent than people gave her credit for.”

Her quotes below show how smart – and funny – Marilyn Monroe really was:

* I’m selfish, impatient and a little insecure. I make mistakes, I am out of control and at times hard to handle. But if you can’t handle me at my worst, then you sure as hell don’t deserve me at my best.
* Imperfection is beauty, madness is genius and it’s better to be absolutely ridiculous than absolutely boring.
* A wise girl kisses but doesn’t love, listens but doesn’t believe, and leaves before she is left.
* If you can make a girl laugh, you can make her do anything.
* If you’re gonna be two-faced at least make one of them pretty.
* The real lover is the man who can thrill you by kissing your forehead or smiling into your eyes or just staring into space.”
* It’s better to be unhappy alone than unhappy with someone.
* Give a girl the right shoes, and she can conquer the world.
* We should all start to live before we get too old. Fear is stupid. So are regrets.
* I don’t mind living in a man’s world, as long as I can be a woman in it.
* Who said nights were for sleep?
* All little girls should be told they are pretty, even if they aren’t.
* Women who seek to be equal with men lack ambition.
* It’s not true that I had nothing on. I had the radio on.”
* If I’d observed all the rules I’d never have got anywhere.
* Dogs never bite me. Just humans.
* I don’t mind making jokes, but I don’t want to look like one.
* I don’t know who invented high heels, but all women owe him a lot!
* Diamonds are a girl’s best friend.
* Keep smiling, because life is a beautiful thing and there’s so much to smile about.
* What do I wear in bed? Why, Chanel No. 5, of course.