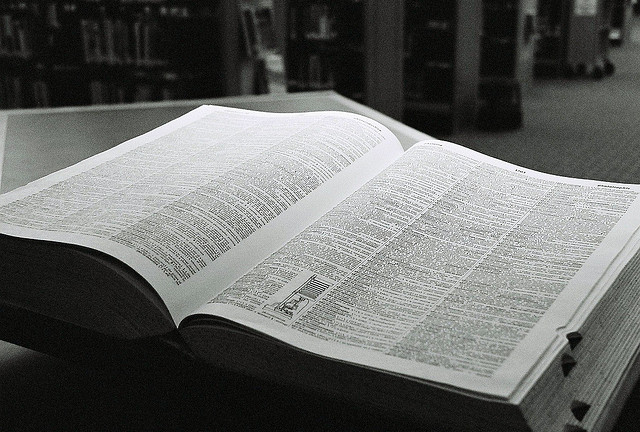 The beauty of language is that it keeps adapting, adding new words into its lexicon.  It is estimated that the English language adds about 25,000 new words annually.  In today’s connected and fast changing world, new, interesting words are getting added on a regular basis.  I am giving below a few words that have recently come into common usage and that you may not have heard of; you could use them to stump your colleagues!

Baggravation, (noun):  Deep annoyance that one feels at the airport when his bags have not arrived but everyone else’s have.
Bargainous, (adjective): Costing less than usual or than might be expected; relatively cheap.
Blamestorming, (verb): To place blame for a failure; to get together and discuss who is to blame for a given failure (finding a scapegoat).
Bouncebackability, (noun): The capacity to recover quickly from a setback. Usually used in a sporting context.
Catasrophize, (verb):  To regard a situation as if it were disastrous or catastrophic.
Copyleft, (noun):  Copyleft is a play on the word ‘copyright’ and is a general method for making a program (or other work) free, and requiring all modified and extended versions of the program to be free as well.
Cyberslacking, (Verb): Employees who use their office computer and internet access for personal reasons while maintaining the appearance of working.  There are other words to describe this phenomenon such as goldbricking, ‘Buca-ing’, cyberloafing and cyberbludging.
Daycation, (noun): A day’s vacation that does not involve staying away overnight.
Ego-surfing, (verb): To surf the internet to find references to one’s name or personal information.
Freemale, (noun): A woman who doesn’t want to get married or have children because she is happy living by herself and doing what she wants.
Flightmare, (noun): An unpleasant experience during air travel.
Homeshoring, (noun):  The practice of transferring employment that from an office or factory to employees’ homes.
Muggle, (noun): A common person who is ignorant and has no skills. (From Harry Potter books where a muggle is a person with no magical powers).
Mumpreneur, (noun): Mums who have become entrepreneurs.
Nevertiree, (noun): A person who intends to continue working and never retire.
Noughties, (noun): The years from 2000 to 2009.
Outernet, (noun):  The traditional form of presenting news and entertainment – newspapers, magazines, TV etc. – rather than on the internet.
Robocall, (noun): An automated telephone call that plays a recorded message.
Sheeple, (noun): People compared to sheep in being docile, foolish, or easily led.  Used in a derogatory sense.
Staycation, (noun): A vacation spent at home or near the home.
Tweetheart, (noun): A user of Twitter who is liked or admired by other users of Twitter.