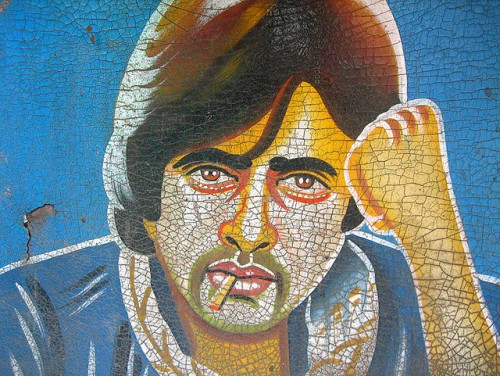 If there is one thing besides cricket that India is known for, it’s Bollywood. With its colourful shots, foot tapping and soulful music, song and dance sequences, interesting plots and renowned actors, Bollywood has carved a niche of itself in the global cinematic industry. Since its inception in the 1900s, Indian cinema has seen evolution in leaps and bounds. Hundreds of movies are made every year with genres ranging from romance, action, horror, comedy, patriotism and so on. As a collation of the best few, here are 20 must-watch Hindi movies of all time.

Mother India
Mother India is widely known as one of the most epic films of all time. Starring Nargis and Sunil Dutt, it is the story of a poverty stricken woman who raises her children with a lot of hardship but ultimately sacrifices her criminal son for moral good. The film is a remake of a 1940s movie called ‘Aurat’, and was released in 1957.

Mughal-E-Azam
A film that held the record for the highest grossing Bollywood film for 15 years, Mughal-E-Azam is a classic love story between Prince Salim and court dancer Anarkali. Starring Prithviraj Kapoor, Dilip Kumar and Madhubala, this film was released in black and white in 1960 and was re-released in colour in 2004. With several accolades to its name, the film is recognised as a milestone in Indian cinema.

Guide
Guide was released in 1965 and is known as one of the best Bollywood classics. The film, starring Dev Anand and Waheeda Rehman, is based on the novel ‘The Guide’ by R.K.Narayan. The film is about a guide who helps a woman achieve her dreams, but is then mistakenly put behind bars. The story has a tragic end.

Mera Naam Joker
Rishi Kapoor’s debut film, Mera Naam Joker acquired a lot of critical acclaim, even though it was not a box office success. The film is about of a clown who has to make the world laugh irrespective of his own hardships. The film was released in 1970.

Chupke Chupke
Chupke Chupke is a comedy from the 1970s that stars some renowned faces like Dharmendra and Amitabh Bachchan. The story is about a newly wedded husband who plays a joke on his wife’s family. The dialogues are in pure Hindi and support each comic situation very well.

Sholay
A movie known for its unforgettable dialogues, everlasting music and great characterisation, Sholay holds the record for being the longest run film (25 weeks) in over a hundred cinemas across India. With eminent actors like Dharmendra, Sanjeev Kumar and Amitabh Bachchan, Sholay is the story of two con men defeating a dangerous robber. Released in 1975, the movie is best known as the ‘king’ of Bollywood.

Gol Maal
Regarded as one of the finest comedy films in Bollywood, Gol Maal generated critical acclaim and box office blowouts as soon as it released. A film starring Amol Palekar, it has been remade in Malayalam, Tamil and Kanada. It was released in 1979 and became the highest grossing film in that year.

Masoom
Masoom is a touching family drama starring Naseeruddin Shah and Shabana Azmi. Released in 1983, the film is dedicated to the memories of Guru Dutt and Geeta Dutt. It is best known for the song – Lakdi Ki Kaathi.

Jaane Bhi Do Yaaro
A must-watch film about the corruption in Indian politics, media and businesses, Jaane Bhi Do Yaaro is satirical in its storyline. It stars Naseeruddin Shah and Om Puri and was released in 1983.

Hum Aapke Hai Kaun
A classic love story starring Salman Khan and Madhuri Dixit among several others, this film has won several accolades and is much-loved even today. The movie is a mix of romance, comedy and family drama. It was released in 1994.

Dilwale Dulhaniya Le Jayenge
This is the one film which has broken Sholay’s box office records. A love story starring Shahrukh Khan and Kajol, the film has been running in a Mumbai theatre for the past 17 years. Often referred to as an all-time blockbuster, this movie is considered the best within the love story genre in Bollywood. It was released in 1995.

Hera Pheri
Starring Paresh Rawal, Akshay Kumar and Suneil Shetty, Hera Pheri is a much loved comedy that generates laughs even today. The story is based on a Malayalam film. The film released in 2000 and was followed by its sequel ‘Phir Hera Pheri’. Hera Pheri 3 is scheduled to release soon.

Lagaan
Lagaan is a story set during the period of British rule in India. It revolves around the residents of a small village who play a game of cricket with the British in order to get their taxed revoked. The film is narrated by Amitabh Bachchan and stars Aamir Khan. It was released in 2001 and went on to become a roaring success.

Dil Chahta Hai
A film set in modern times, Dil Chahta Hai is a story of three friends and the ups and downs in their relationships through different phases of their lives. An extremely relatable film, it focuses on friendship, love and relationships. It was released in 2001 and stars Aamir Khan, Saif Ali Khan and Akshaye Khanna among others.

Black
This film is counted among Rani Mukherji and Amitabh Bachchan’s best performances. Released in 2005, the plot focuses on the relationship between a blind and deaf girl and her teacher who develops Alzheimer’s disease. Adapted from Hellen Keller’s life, this film is in Hindi and Indian English.

Taare Zameen Par
This is a film about an eight-year-old boy who struggles with academics due to dyslexia, but it coached by his teacher to overcome this shortcoming. Starring Aamir Khan and Darsheel Safary, this film has several accolades to its name. It was reissued in Disney’s international DVD as ‘Little Stars on Earth’. The movie released in 2007.

3 Idiots
A film loosely adapted from the novel ‘Five Point Someone’ by Chetan Bhagat, 3 Idiots is a film that focuses on the Indian education system. Released in 2009, it is the highest grossing Bollywood films of all time in India as well as overseas. It stars Aamir Khan and Boman Irani among others.

English Vinglish
Otherwise known as Sridevi’s comeback film, English Vinglish highlighted an Indian woman’s inhibitions in speaking English. It connected with an underlying reticence in every Indian who struggled with the language. Released in 2012, the film went on to become a box office hit.

Kahaani
Counted among Vidya Balan’s best performances, Kahaani is a story about a pretend-pregnant woman out to take revenge for her husband who she loses in a bomb blast. It is a thriller which also touches the audience’s emotional side. Once it released in 2012, the awards weren’t far away. Being a woman-centric film, it paved the way for stronger roles for Bollywood heroines.

Gangs of Wasseypur
A film that made it to Cannes and the Sundance Film Festival, Gangs of Wasseypur was made in two parts since it was almost six hours long. The story revolves around a deadly feud between a dacoit and his underling; a feud that spans three generations. It is regarded as a modern cult film. Both parts were released in 2012, only 3 months apart.