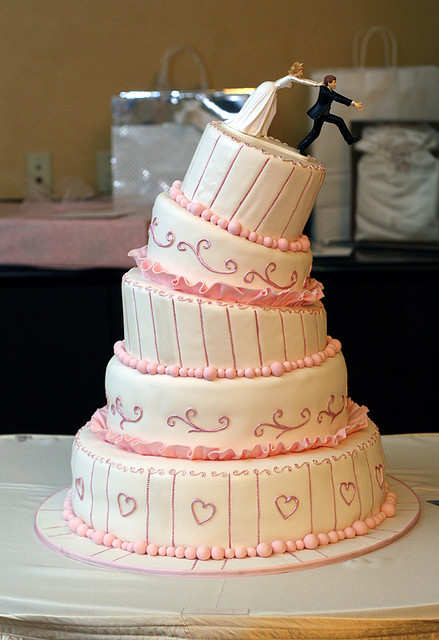 Marriage, you thought, was the best thing that happened to you. You dreamt of days of bliss and togetherness. But even before you could count the married days on the calendar, things seemed to be turning sour and you got into a blame game. Is it a blame game? Do you like being the victim? Do you bad mouth your spouse? Are there skeletons in your cupboard? Do you pick the phone and involve the family in every big and small issue? Are you sexually incompatible? Are you doing all you could to spoil the happily-ever-after story?

1. Are you disrespectful?
At home, he behaves like a feudal lord. He yells, screams, throws tantrums. He thinks his wife is a chattel, a commodity that he owns. He is always sarcastic, snappish in his tone and his sentences always end with “I told you so”. He has no respect for his spouse; he disrespects her even in front of family and coworkers. Is it any surprise then that his marriage is on the rocks? He knows not that respect is the fundamental component of a happy marriage. Marriages need to begin with respect, love will automatically follow.

2. Too little intimacy:
Sex is not the be-all and end-all of marriage. Agreed. But a sexless marriage? Trust studies and research that have concluded that sexless or too-little-sex marriages do not last long. Chances of sexual incompatibility (she is asexual, he wants it all the time) spoiling a marriage is much more than all other marriage mistakes put together. Talk to your spouse about your sexual needs/preferences. If need be, head to a counsellor. Don’t let too little intimacy come in the way of marital bliss.

3. Bad mouthing:
No one is perfect. We are all full of flaws. Your spouse is not perfect. Neither are you. As an individual you might detest some of the traits of your spouse. You wish you had a magic wand to change your spouse. The truth is you do not a magic wand. Disliking a flaw is still acceptable but bad mouthing the spouse is absolutely unforgivable. Discuss with your spouse what you dislike, do not blabber about it at a family dinner get-together or amongst friends on the evening out. Badmouthing your spouse is a sin. Keep away from it.

4. Thinking your spouse is a mind reader:
He believes in playful teasing, she finds it hurtful. He is the extrovert, she the introvert. After a long week, she prefers staying home on Saturdays, he is forever on the move – movie, mall, dinner, discotheque, he prefers his days packed to the last second. Well, they are two different individuals with distinct likes and dislikes. Understood! But between couples with such diverse tastes, friction lurks at every corner. Not that it cannot be resolved, just that she never openly tells him about her likes and dislikes. She never talks. She thinks he is a mind reader. He’s not. No, he would not know unless you tell him.

Talk. Talk. Talk. Never shut the communication lines. Your spouse is not blessed with clairvoyance. Talk to him. Tell him. Discuss the middle path.

5. Lies & deceit:
Mr. A lies through the skin of his teeth. After work, when he is at the pub and his wife calls, he lies that he is in office. When it is time to head to the in-laws for dinner, he fakes a stomach ache. Mrs B is no better. She splurges on jewellery and expensive clothes but always lies to him about where the money goes. But these are not the only lies that couples speak to each other. In some cases, lies graduate to deceit when secrets are closely guarded and a double life is merrily pursued. When lies and deceit become a part of the marriage, trust is the first casualty. Remember, relationships that hinge on mistrust do not last long. Own up to your decisions. Speak the truth. At times, truth can be harder than the easy lie, but lies will not take you far. Someday, skeletons would tumble out of the closet.

7. Love being the martyr?
She is the perennial martyr. She is forever the victim. She has a persecution complex and thinks she is wronged all the time. For her, it is a defensive ploy. She believes that if she portrays herself as the martyr, the victim, her ways, her doings would not be questioned and everyone would sympathize with her. It is her best method to tilt the marriage quotient in her favour because not only does she accuse her spouse of hurting her, she even cries hoarse over his intentions.

In a marriage, wrongs happen. But portraying the other as a monster and yourself as the perennial victim turns the marriage sour. Wrongs can happen but do not always jump to conclusions and question the intention of your spouse. Be objective. Look at a situation objectively. You might be wrong too.

8. No apologies, no thank you:
When you were dating her, you thanked her for every big and small thing; you apologised profusely for every small and big mistake. But after marriage, these magic words have vanished from your vocabulary. You vent your office anger on her. You plank yourself in front of the television while she slogs in the kitchen after a long day at work. She takes care of the home, the hearth. But nothing matters to you. You take her and everything she does for granted. Don’t do that. If you think of thank yous and sorrys as unnecessary tools in a marriage, think again. These magic words could work magic in your marriage. Do not overdo them. But do use them when needed.

9. Do you only hear, never listen?
Mrs. A is not deaf. She can hear but she never listens. Her husband had a bad day at work and wants to talk about it, but she pays no heed. The daily soap opera is more important for her. You could place a little fault with Mr. A as well. For when he starts talking about his bad day at work, he goes on and on and on, expounding even the tiniest detail. His long story-telling habit puts off everyone and for Mrs. A it is like an everyday ordeal. Do not turn your discussions into a story-telling session. More importantly, listen to what your spouse is saying, not just hear it. Bad listeners always make bad spouses.

10. Cannot/Will not forgive:
To err is human and to forgive divine. At least that is what the bard thought. He was not wrong either. You might not think of forgiveness as a divine virtue, but in this age when forgiveness is getting rarer by the day, learn to forgive. If he forgets to get flowers on the wedding anniversary or misses the child’s parents-teachers meeting, do not sulk over it and cling it to forever. The first mistake can be happily forgiven, the second mistake stands a chance at forgiveness. But if mistakes become a pattern, hold on to your forgiveness and tell him it is not going right. Forgiveness is essential in a marriage, use it discerningly.

“Many of life’s failures are people who did not realize how close they were to success when they gave up.”