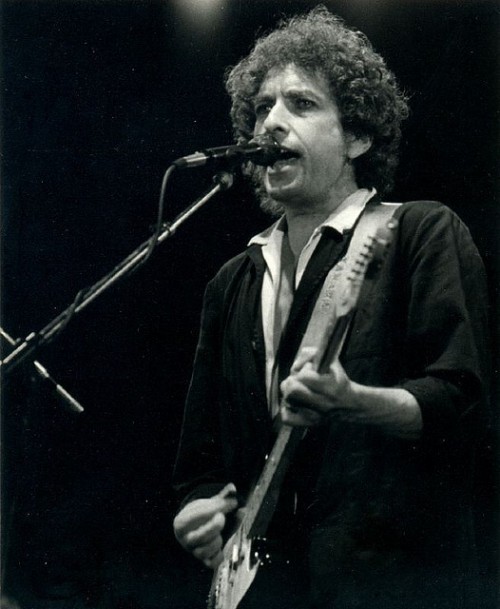 The impact of Bob Dylan on popular music is incalculable, on par with that of the Beatles.  He has been active for an amazing fifty years and still continues to churn out albums.  It is sad that many of my young friends have only a fleeting acquaintance with his music because he is essential listening for every music lover.  Of course, his major musical output was in the 1960s and 1970s and here are five albums (my choice from thirty seven studio albums) that should be heard to give a feel of his musical and lyrical genius:

2. Bring It All Back Home
This album, Dylan’s fifth, was unique in many ways; it moved away from protest songs, it had two distinct sides to the album – the first side was supported by a rock and roll band, the second side was more folksy – and the lyrics were more abstract and personal.  The album contains some of my favourites like She Belongs to Me, Subterranean Homesick Blues, Mr. Tambourine Man and It’s All Over Now, Baby Blue.

3. Highway 61 Revisited
Highway 61 Revisited was released just five months after Bring It All Back Home; however, unlike the previous album, it was fully backed by a rock band (barring Desolation Row) and showed the increasing maturity of Dylan’s lyrics.  My favourites include Tombstone Blues, Ballad of a Thin Man and the title track.

4. Blonde on Blonde
Blonde on Blonde, Dylan’s seventh studio album, is widely regarded as Dylan’s masterpiece; it is also one of the first double albums to be released by an artist.  Robbie Robertson, later of the Band, and other session musicians backed Dylan to create this classic. A great set of songs led by Stuck Inside of Mobile with the Memphis Blues Again.

Lovers of Dylan’s music may point out that I have missed out great albums like Desire, John Wesley Harding, Slow Train Coming and Modern Times; I won’t argue too much with them.