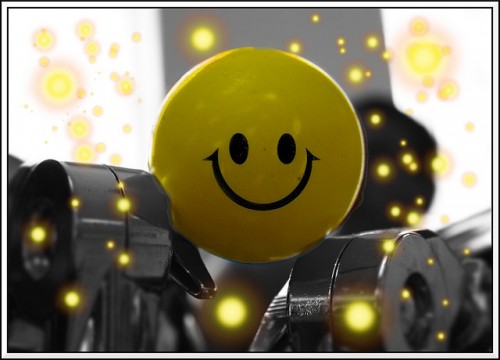 Life is much better when you don’t take it too seriously! I mean, life can be tough but how you handle it is up to you. You can constantly moan and groan or you can take life’s ups and downs with a smile on your face.

That is why, if you notice, most people on social networking sites share posts that are funny enough to make you laugh or, at least, chuckle. You may have also done the same this morning or in the past. When the sharing happened and people like the joke or the quote or the picture, it gives them that brief moment of pleasure. They forget the tedium of what they are doing.

I love quotes! They could be from a book or they could have been spoken by someone, especially someone famous.
Here are some of the funny quotes that I really like. Have a laugh if you like any. More importantly, share some that have made you chuckle in the past!

1. “She looked as if she had been poured into her clothes and had forgotten to say ‘when.’” P. G. Wodehouse
2. “Tell a man there are 300 billion stars in the universe and he’ll believe you.  Tell him a bench has wet paint on it and he’ll have to touch it to be sure.” Murphy’s Law
3. “Go to Heaven for the climate, Hell for the company.” Mark Twain
4. “Memories are like mulligatawny soup in a cheap restaurant. It is best not to stir them.” P. G. Wodehouse
5. “The odds of going to the store for a loaf of bread and coming out with only a loaf of bread are three billion to one.” Erma Bombeck
6. “A government that robs Peter to pay Paul can always depend on the support of Paul.” George Bernard Shaw
7. “People who think they know everything are a great annoyance to those of us who do.” Isaac Asimov
8. “We go through life thinking we’re invincible, but the truth is we’re totally vincible.” That Seventies Show
9. “I love deadlines. I like the whooshing sound they make as they fly by.” Douglas Adams
10. “A pessimist is a person who has had to listen to too many optimists.” Don Marquis
11. “It’s amazing that the amount of news that happens in the world every day always just exactly fits the newspaper.” Jerry Seinfeld
12. “Go through life like a duck: Majestic on top, kicking like hell underneath.” Anonymous
13. “Marriage is really tough because you have to deal with feelings and lawyers.” Richard Pryor
14. “You can’t always control who walks into your life but you CAN control which window you throw them out of.” Unknown
15. “When I die, I want to die like my grandfather who died peacefully in his sleep. Not screaming like all the passengers in his car.” Will Rogers
16. “There are only three things women need in life: food, water, and compliments.” Chris Rock
17. “She had a penetrating sort of laugh. Rather like a train going into a tunnel.” P. G. Wodehouse
18. “Recession is when a neighbour loses his job. Depression is when you lose yours.” Ronald Reagan
19. “I am not afraid of death, I just don’t want to be there when it happens.” Woody Allen
20. “In my next life I want to live my life backwards. You start out dead and get that out of the way. Then you wake up in an old people’s home feeling better every day. You get kicked out for being too healthy, go collect your pension, and then when you start work, you get a gold watch and a party on your first day. You work for 40 years until you’re young enough to enjoy your retirement. You party, drink alcohol, and are generally promiscuous, then you are ready for high school. You then go to primary school, you become a kid, you play. You have no responsibilities, you become a baby until you are born. And then you spend your last 9 months floating in luxurious spa-like conditions with central heating and room service on tap, larger quarters every day and then Voila! You finish off as an orgasm!” Sean Morey
21. “Love is a lot like a backache, it doesn’t show up on X-rays, but you know it’s there.” George Burns
22. “Gambling is not a vice. It is an expression of our humanness. We gamble. Some do it at the gaming table, some do not. You play, you win, you play, you lose. You play.” Jeanette Winterson
23. “You can’t put a price tag on love. But if you could, I’d wait for it to go on sale.” Hussein Nishah
24. “People often say that motivation doesn’t last. Well, neither does bathing — that’s why we recommend it daily.” Zig Ziglar
25. “Patience is something you admire in the driver behind you, but not in one ahead.” Bill McGlashen
26. “A woman’s mind is cleaner than a man’s: She changes it more often.” Oliver Herford
27. “Children: You spend the first 2 years of their life teaching them to walk and talk. Then you spend the next 16 telling them to sit down and shut up.” Unknown
28. “Obviously, if I was serious about having a relationship with someone long-term, the last people I would introduce him to would be my family.” Chelsea Handler
29. “If you wait, all that happens is you get older.” Larry McMurtry
30. “People who have no faults are terrible; there is no way of taking advantage of them.” Unknown
31. “The perfect seat in class would be one where you are surrounded by your best friend, your crush, a smart person and a really cool funny kid.” Unknown
32. “When a woman says nothing’s wrong that means everything is wrong and when a woman says everything’s wrong that means everything is wrong.” Homer Simpson
33. “I did not have three thousand pairs of shoes, I had one thousand and sixty.” Imelda Marcos
34. “I have a new philosophy. I’m only going to dread one day at a time.” Charles M. Schultz
35. “Life is what happens while you are busy making other plans.” John Lennon

I hope that was fun! Tomorrow’s another day! Enjoy!