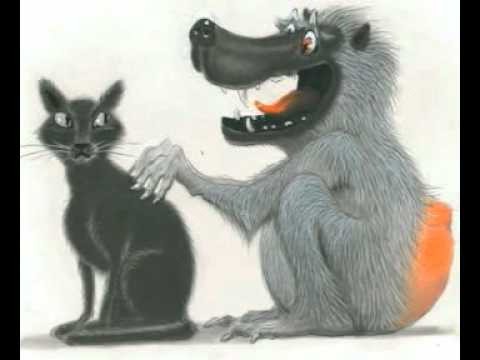 In a world where life sometimes gets a little too serious to handle, a good laugh is the perfect antidote. However, good comedy does not come to us at an alarming regularity and, in fact, is quite hard to find at times. Even when you turn on the television, you are shown comedies that are more crass and lewd than being actually funny. Humour is all about being able to be witty in a situation. Even books published today do not really cater to the comedy genre, and good, funny books are hard to come by. More and more individuals are in search for a witty and humorous writer who isn’t afraid of crossing certain boundaries without coming across as cheap.

However, there are a few authors that have dedicated their written talents to spin yarns that are quite funny. These novels and short stories are based out of real life situations which they may have encountered or just other situations which they might consider funny for viewers to read about. Whatever the case, these few but good comedic writers are just what the world needs right now.

Here are some of the funniest authors, whose books one should read in order to feel good and light-hearted every once in a while:

David Sedaris
David is considered by many people around the world as one of the most prolific comedic writers of this generation in the world of fiction. He is everyone’s favourite writer when it comes to having a good cry when the chips are down and life gets difficult. One of his best novels, “Me Talk Pretty One Day”, which was published in the year 2000, is one of the greatest examples of comedic perfection. This two-part novel is loaded with self-depreciating humour written in an autobiographical style.  The style of writing will make any reader feel better about themselves. The book traces the author’s formative years and his travels across France even as he grew increasingly frustrated there because he did not speak the language too well.

His latest collection of stories is titled “Let’s Explore Diabetes with Owls”, for which he has hosted shows and toured countries to give comedic lectures to sold-out audiences who appreciate his brand of humour greatly.

Christopher Moore
Mr. Moore is a comedy fantasy writer who is famous for exploring the lives of ordinary people and placing them in impossible and farcical situations which will leave readers gasping for air even as they bust their guts laughing. One of his best known works is “Lamb: The Gospel According to Biff, Christ’s Childhood Friend” which was a funny, fill-in-the-blank style book which gives the reader all the previously unknown facts about Jesus Christ and which was first published in 2002. Some of his more recent novels have been picked to be translated onto screen with one film soon to be released this year. If his books are anything to by, then the film should be a rib-tickler.

Chuck Palahniuk
His writing style is easily identifiable and has a huge fan following as a result of that. Most of his novels and short stories are written in a dialect that helps the readers feel like they are on the same brain level as the speaker in the novel. Most of his plots are quite hilarious and his characters always find themselves in sticky situations that merit a good laugh. His brilliant novel, “Choke”, published in 2001 is a great homage to all those restaurant ‘chokers’ who adopt fake chokes in odd scenarios to make people feel good about themselves. Despite his other novels doing reasonably well, it’s the first one that truly takes the cake, along with the crumbs.

Christopher Buckley
Chris is an American political satirist who has received critical acclaim for his most well-known novel – “Thank you for Smoking”. He leaves no stone unturned in getting his views across and usually tells it like he sees it without sugarcoating the truth. He is a keen observer of society and more often than not hits it on the head with his observations. In the novel, Buckley writes about a lobbyist for the tobacco industry.  The novel has since been converted into a well-known film and has tackled the issue of tobacco usage in America superbly. The novel raises some pertinent views and other opinions which have been conveyed in a witty and candid writing style. Therefore, what truly sets Christopher apart is his ability to write intelligent satires which force you to use your brain before really getting the humour underlying the content, a seemingly lost art in today’s world when crass humour seems to be what readers prefer more. However, it is good that we still have writers that make you laugh, even while focusing on pressing issues of today.

Terry Pratchett
Terry is also an expert at the fantasy comedy genre and makes it on almost all lists that document the best funny authors whose books people should read. One of his most well-known works is the fantasy novel, “Good Omens” which was published in 1990. The novel highlights the end of the world in a funny manner and makes for good reading. He has also written close to 40 other novels which have all received praise for their wit and comedic timing. However, in order to conquer that mountain, you will need to start reading his slimmer novels before finally graduating to his other masterpieces.

Helen Fielding
It is not surprising that a woman has made the list of some of the world’s best funny authors. Helen is best known for creating the unforgettable female character, Bridget Jones, in her trilogy tracing the life and misadventures of this British middle class girl who is in search for Mr. Right. As a writer, Helen manages to balance out the common themes of expectation and reality and in the bargain will give you many reasons to chuckle about.  Also, what has endeared her to her readers is her focus on a normal woman without glamorizing her.

Andy Borowitz
Andy is famous in the United States for being one of the funniest stand-up comedians. This has helped him in building a fan base for his books as well. Apart from being a political satirist and television performer, his books have done tremendously well – that includes his autobiographical work called “An Unexpected Twist” which is about a near-death experience he encountered in 2008.

These funny authors may not be in-your-face and crass when it comes to comedic content but they sure have made a mark for being witty and sarcastic – a deadly combination.