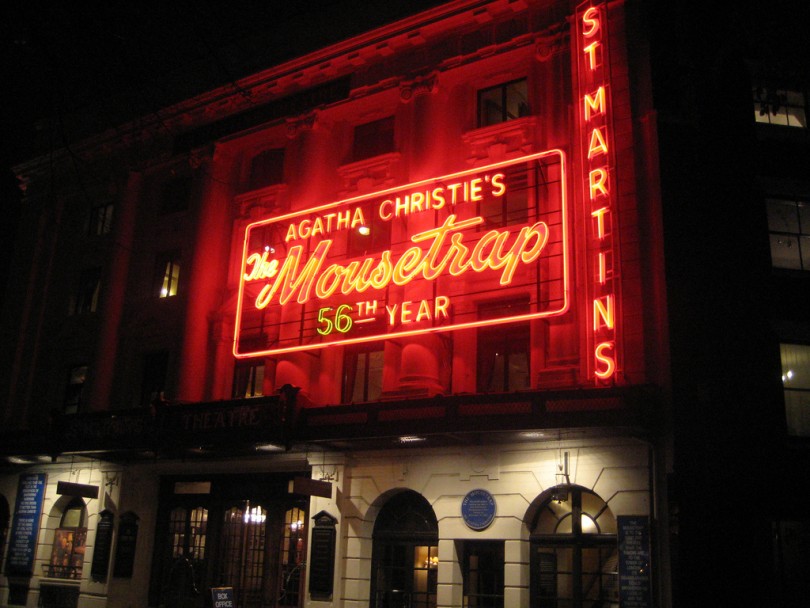 Who hasn’t read Agatha Christie? Obviously very few unfortunates since, according to the Guinness Book of World Records, she is the best-selling novelist of all time and, with William Shakespeare, the best-selling author of any type. Apparently, more than four billion copies of her books have been sold.

Christie’s stage play, The Mousetrap, holds the record for the longest initial run: it opened in London on 25 November 1952 and is still running! In 1955, Christie was the first recipient of the Mystery Writers of America’s highest honour.

She created two of the most lovable and enduring sleuths – Hercule Poirot and Miss Marple.

Some thoughts from the great author:
• An archaeologist is the best husband a woman can have. The older she gets the more interested he is in her. (She was married to one!).
• Any woman can fool a man if she wants to and if he’s in love with her.
• Every murderer is probably somebody’s old friend.
• Evil is not something superhuman, it’s something less than human.
• Good advice is always certain to be ignored, but that’s no reason not to give it.
• It is a curious thought, but it is only when you see people looking ridiculous that you realize just how much you love them.
• It is ridiculous to set a detective story in New York City. New York City is itself a detective story.
• Never do anything yourself that others can do for you.
• One doesn’t recognise the really important moments in one’s life until it’s too late.
• One of the luckiest things that can happen to you in life is, I think, to have a happy childhood.
• The best time to plan a book is while you’re doing the dishes.
• The secret of getting ahead is getting started.
• Very few of us are what we seem.
• Where large sums of money are concerned, it is advisable to trust nobody.

I hated every minute of training, but I said, ‘Don’t quit. Suffer now and live the rest of your life as a champion.’