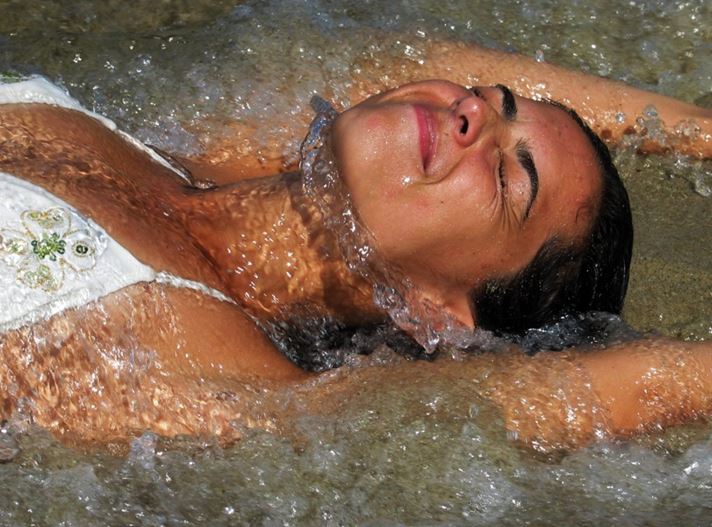 Women are pretty uncomplicated (the author of this article may or may not be a woman). Okay…most of the time, women are pretty uncomplicated. It’s just that women don’t always want to spell out everything. They may expect people (who know them really well, who may even be married to them) to be so in tune with their moods, that they learn to be intuitive about their needs. Perfectly reasonable, don’t you think?

Unfortunately, this doesn’t always work. So, sometimes, a handy list that men can refer to whenever they can’t figure out what the female of the species is saying can be very useful. Read on to learn more.

Let’s start with most dreaded, “Do I look fat in this?”  Men tend to quiver in fear on hearing this question. Now when women ask you this, always reply “No, You look great”. Most women already know how they look or if they really wanted an opinion they would ask a girlfriend. If the question is directed at a man, then they are mostly fishing for compliments. So be nice.

“I don’t want to talk about it”: This one’s tricky. They may really just not want to talk about it. More likely, you are missing the point/not asking the right question, making most women think it is futile to continue with any discussion. Tread carefully here. An apology works best; it will soften her up and she’ll be more open to discussing what you did wrong…okay fine, what she thinks you did wrong.

“We never go anywhere nice”: She has a specific place in mind that she really wants to go to. Maybe a nice restaurant or a club. She just doesn’t want to spell it out, lest you think she’s too high maintenance or a party girl. She’s trying to get you to suggest going to this place yourself. Find out what she has in mind. It might involve some detective work. Search her browser history or the trash. Get creative.

“Are you really going to wear that?” Change your clothes. Immediately. Now it might seem unfair that you can never say anything bad about her appearance but she gets to tell you that you look like a hobo – but such is life. A lifetime of privilege means most men don’t suffer through the same insecurities as women, so suck it up and wear another shirt.

“You go. I don’t want to come”: Where are you going, dude? If it’s an outing with your parents, then she genuinely wants to pass on it. But if it is to a party/dinner/night out, then she most definitely wants to come but you’ve done/said something to anger her. Think back. Did you criticize the food she lovingly cooked for you? Yell at her for not having done your laundry? Badmouth her no-good brother? Yes. Now you remember. Apologize immediately.

“Please don’t talk to me like that”: This one’s not too hard to understand but many men make the mistake repeatedly. Think of her as an adult, an equal. Then stop disrespecting her and see how the situation improves. It’s quite remarkable actually.

“I’ll wash the dishes”: It’s amazing how many men get this wrong. They think it means “You go watch TV, I’ll do all the washing and cleaning. Do you want some tea also?” But, it actually means that men should go to the kitchen sink, use the detergent on the dirty dishes and start scrubbing.

“I’ll be ready in 5 minutes”: One hour. Okay, two at the most. Sorry, but finding appropriate clothes, slathering one’s self with makeup just so society and your friends will think that you have a hot wife/girlfriend takes time.

“We’ll see”: Nobody will see anything. Chances of anything happening or her agreeing are zero. She’s using tried and tested delaying tactics but don’t be under any illusions that she will change her mind. Let it go or if you’re a braver man, call her on it.

“She’s really pretty”: Uh oh. Is she saying this about a female friend of yours? An office colleague of yours? She may be threatened and jealous of your closeness to said friend/colleague, increasingly insecure that you will cheat on her and leave her for a younger, better looking version, consumed with rage at the thought of someone out there with better hair/skin/teeth. Or she may just be admiring your pretty friend. Could go either way.

“Come shopping with me”: If you’re a guy and your girlfriend says this to you, consider yourself extremely lucky. You’re about to enter the hallowed inner circle. This isn’t just about shopping, she’s letting you see her at her weakest moments, hounded by judgmental sales people and surrounded by clothes for thinner, taller and richer women. To anyone who thinks that shopping is just the act of buying things, how naïve you are. And you’re probably a man.

“Let’s go away for the weekend”: I’m beginning to get annoyed by you, your family and the stupid noises you make while eating. Please let’s go away to a pretty place with room service and a pool and, hopefully, I will remember the man I married/was forced to marry by the parents.

“Where has all the money in our joint account gone?” This one’s tricky, she’s trying to not freak out and is asking you calmly about the money you stole/squandered on drinking/ gambling/ online poker. It is in your best interest to admit fault before the police get involved.

“Let’s be friends”: On Facebook. Maybe twitter. Never in person. She’s trying to turn you down gently. Don’t make it harder by insisting on meeting for a friendly coffee every week. Chin up, rejection makes the heart grow stronger…and the liver weaker.

“No”: Commonly thought by men to mean “yes”, but actually means a big fat “NO”. Bizarre right?

So there you have it folks. Feel free to refer to this guide in your everyday life as you struggle to understand the women in your life… if they all haven’t left you as yet.