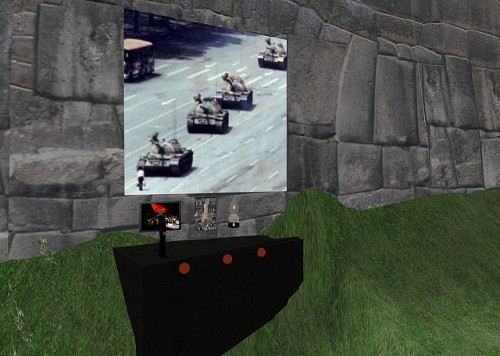 “You will never do anything in this world without courage. It is the greatest quality of the mind next to honour.” Aristotle.

“Courage is resistance to fear, mastery of fear, not absence of fear.” Mark Twain.

“Your time is limited, so don’t waste it living someone else’s life. Don’t be trapped by dogma – which is living with the results of other people’s thinking. Don’t let the noise of others’ opinions drown out your own inner voice. And most important, have the courage to follow your heart and intuition.” Steve Jobs.

“I learned that courage was not the absence of fear, but the triumph over it. The brave man is not he who does not feel afraid, but he who conquers that fear.” Nelson Mandela.

One of the most iconic photographs of modern times is that of a lone, white-shirted protester who stood still as a column of Chinese tanks moved menacingly towards him. The year was 1989 when thousands of students protested in Tiananmen Square and the People’s Liberation Army had been sent to quell the protests. That picture will forever be etched in our minds as a symbol of rebellion and courage.

Mahatma Gandhi and his defiance of the British. Odette Sansom, the British spy who, despite inhuman torture by the Germans, refused to divulge the names of her colleagues. Socrates, the Greek philosopher, who preferred to drink poisonous hemlock than apologise for his views and criticisms. Galileo, who accepted imprisonment for his views and for standing up to the Church.  Helen Keller, the deaf and blind champion, who fought for the improvement in the treatment of deaf people.  History is replete with examples of people who have stood up against prejudices, torture, insurmountable challenges and yet emerged victorious.  History is replete with examples of courageous people.

Courage is something that everyone desires, but very few people actually practice it. We are just too frightened, too timid, too fainthearted to confront something that we know we must fight against. We don’t need to do great deeds that famous people have done to be courageous – challenges and obstacles come in very small packages in our daily lives and we must have the courage to confront them without fear.

Courage can be defined as a trait of good character that fosters respect among other people you come in contact with on a daily basis. There are a number of fairy tales and movies that depict men and women who have braved the odds and demonstrated acts of courage that have made them famous. In fact, children love tales which highlight characters that are courageous as it gives them role models to look up to.

There are courageous people that we may meet on a daily basis who are fighting the odds to do what they feel is right. These people never back down; instead, they push forward to beat the odds and come out victorious. And courageous people hardly ever boast about their experiences because they are too busy achieving something great.

Courage can manifest itself from physical strength, mental strength and stamina and innovation. However we choose to define courage, it is possibly the most important character traits to have.

Let’s take a look at some of the attributes of courage:

Taking a stand
There are times when we are afraid of a person or situation; yet, we tend to back off or go into a shell. It is during times of fear that we are called upon to be courageous in order to make a difference in our lives and in the world. Taking a stand when fear grips us is when we truly shine as individuals and become great examples for the rest of the people. When we take a stand, we tend to shake off the shackles of fear that bound us and start living life the way we want to.

The people you take a stand against will also start respecting you as an individual and will ensure that they do not take advantage of you in the future.

Following your heart and gut
Most of us are too worried about what the world will say or think about us; that is why we tend to settle for less than what we actually deserve. By being timid, we will never find real happiness that we all so desperately desire and deserve. Therefore, follow your heart at all times because that is where true passion lies. Your heart knows what you truly desire and it will ensure that you reach your goal; however, you need to be courageous enough to listen to your heart and make wise (and bold) choices.

It does take courage to choose a path that you want even when the entire world may think it to be wrong or inappropriate. However, it would be better for us to endure the pain that self-discovery might afford than complain about our mundane existence by settling for something that will not make us happy in the long run.

Persevering
It becomes difficult for us to think about tomorrow when we are faced with insurmountable obstacles that hinder progress and prevent us from growing as individuals. While some of us choose to give up and sulk about the situation at hand, there are some who do not back down. Instead, these individuals are up for a fight against the odds to persevere and come out on top.

It takes courage and strength of character to actually fight circumstances that may sometimes seem beyond our control. How are we to ever know what really does lie ahead if we are not willing to cross that river and find out for ourselves. Along the way, take heart from the fact that you will always have a few people to cheer you on.

There may also be times that the fight becomes unbearable and you are just content with the ‘halfway’ progress made; however, never settle for an unfinished race when you can challenge yourself and complete the entire course.

Defending what’s right
If you have something you believe in, you have to build up the courage to stand up for it. Sometimes, you need to stand up against evil instead of defeating it. It is our moral obligation as individuals to choose what is right and stand by it till the end. That gives us the conviction that we are brave enough to challenge anything that comes our way. You portray selfless courage when you dedicate yourself to a cause that is close to your heart. Take heart from the fact that your courage and conviction could lead other people to stand up for something they believe in too.

When we hear of people making a difference in the world, they usually defend what they feel is right without backing down and compromising on their convictions. While some are tortured or slayed for defending what is right, there are others who are hailed as heroes for their acts of courage.

Expanding horizons
More often than not, we as individuals are so comfortable in our set ways that we close ourselves to the possibility of expanding our horizons and testing new waters. We become complacent in a job that does not challenge us but stunts us.

When you demonstrate courage, you are not satisfied with status quo; instead you look for exciting and challenging opportunities that will broaden your horizons. It is important to always grow and develop with time by accepting new roles that stretch our capabilities.

However, it should be noted that with a broader horizon comes greater responsibility and hardship. Be prepared to face obstacles that will test your mettle. Courage comes into play when you decide to face the trials and work towards a bigger goal that you may have set for yourself. The goal is to grow as an individual every single day and stand out from the crowd of commoners.

Facing suffering with dignity
Courage also involves facing tough times and suffering with dignity without stooping low to the level of people inflicting the hurt. This sets the truly courageous from the weak. People who are strong will find a way to take the beating dealt to them without complaint because they have decided to show the world who is in charge.

It is easy to talk about courage, far more difficult to practice it. That is because we, as human beings, are risk-averse and unwilling to withstand pain and hardship.  Take heart from the fact that thousands of courageous people have withstood untold misery to fight for what they believed in.  Look around you and identify the people who have shown courage in the most mundane of situations. Practice courage in small steps – overtime, you will be able to be bolder, more fearless and more courageous.

“Luck is what happens when preparation meets opportunity.”