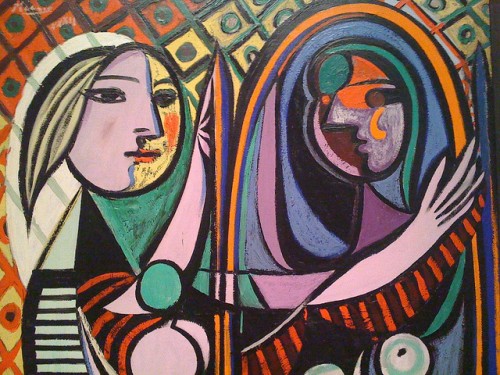 I used to work in advertising as one of the ‘suits’ – those dull client servicing guys who are just not creative.  Our job was to understand what the clients wanted from their next advertising campaign and then go to the ‘creative’ guys – the copywriters and the art directors – to work their magic.  We were the solid, rational folks who did all the dirty work as the creative guys, between bouts of heavy drinking and incessant smoking, created ads that would get the clients all excited.

Frankly, there are no creative and non-creative people; there are people who are able to come up with good ideas and those who just can’t or won’t.  If an average human being applies his or her mind to it, he or she can come up with great workable ideas. All it requires is some effort and an open mind.

So what is creativity? Definitions abound and I will share four that capture the essence of creativity:

“Creativity is defined as the tendency to generate or recognize ideas, alternatives, or possibilities that may be useful in solving problems, communicating with others, and entertaining ourselves and others.” – Robert E. Franken, Human Motivation.

“’Creative’ refers to novel products of value, as in ‘The airplane was a creative invention.’ ‘Creative’ also refers to the person who produces the work, as in, ‘Picasso was creative.’ ‘Creativity,’ then refers both to the capacity to produce such works, as in ‘How can we foster our employees’ creativity?’ and to the activity of generating such products, as in ‘Creativity requires hard work.’” – Robert W. Weisberg, Creativity – Beyond the Myth of Genius.

“Creativity is any act, idea, or product that changes an existing domain or that transforms an existing domain into a new one… What counts is whether the novelty he or she produces is accepted for inclusion in the domain.” – Mihaly Csikszentmihalyi, Creativity – Flow and the Psychology of Discovery and Invention.

“Creativity is nothing more than seeing and acting on new relationships, thereby bringing them to life.” – Joseph V. Anderson, Weirder than fiction: the reality and myths of creativity.

Why aren’t all of us creative?  Why can’t we come out with wonderful solutions that wow the people around us? What inhibits creativity in most of us?  Michael Michalco has identified the seven deadly sins that prevent people from being creative thinkers.  Here they are:

Creativity can help us at work, in our relationships, in virtually every aspect of our personal and professional lives. So just to inspire you and to get your creative juices flowing, I am giving below some memorable quotes on creativity from a diverse set of famous people:

* “Creativity involves breaking out of established patterns in order to look at things in a different way.” – Edward de Bono

* “One very important aspect of motivation is the willingness to stop and to look at things that no one else has bothered to look at. This simple process of focusing on things that are normally taken for granted is a powerful source of creativity.” – Edward De Bono

* “Creativity is just connecting things. When you ask creative people how they did something, they feel a little guilty because they didn’t really do it, they just saw something. It seemed obvious to them after a while.” – Steve Jobs

* “Creativity is the process of bringing something new into being. Creativity requires passion and commitment. It brings to our awareness what was previously hidden and points to new life. The experience is one of heightened consciousness: ecstasy.” – Rollo May

* “Humans have always used our intelligence and creativity to improve our existence. After all, we invented the wheel, discovered how to make fire, invented the printing press and found a vaccine for polio.”- Naveen Jain

* “Creativity is contagious, pass it on.” – Albert Einstein

* “Creativity is a great motivator because it makes people interested in what they are doing. Creativity gives hope that there can be a worthwhile idea. Creativity gives the possibility of some sort of achievement to everyone. Creativity makes life more fun and more interesting.” – Edward de Bono

* “Curiosity about life in all of its aspects, I think, is still the secret of great creative people.” – Leo Burnett

* “Imagination is the beginning of creation. You imagine what you desire, you will what you imagine, and at last, you create what you will.” – George Bernard Shaw

* “Creativity is always a leap of faith. You’re faced with a blank page, blank easel, or an empty stage.”- Julia Cameron

* “Creativity is more than just being different. Anybody can plan weird; that’s easy. What’s hard is to be as simple as Bach. Making the simple, awesomely simple, that’s creativity.” – Charles Mingus

* “Creativity comes from a conflict of ideas.” – Donatella Versace

* “Don’t think. Thinking is the enemy of creativity. It’s self-conscious, and anything self-conscious is lousy. You can’t try to do things. You simply must do things.” – Ray Bradbury

* “And by the way, everything in life is writable about if you have the outgoing guts to do it, and the imagination to improvise. The worst enemy to creativity is self-doubt.”? Sylvia Plath

* “Creativity is allowing yourself to make mistakes. Art is knowing which ones to keep.”- Scott Adams

* “There is no innovation and creativity without failure. Period.”- Brene Brown

* “The comfort zone is the great enemy to creativity; moving beyond it necessitates intuition, which in turn configures new perspectives and conquers fears.” – Dan Stevens

* “There is a fountain of youth: it is your mind, your talents, the creativity you bring to your life and the lives of people you love. When you learn to tap this source, you will truly have defeated age.” – Sophia Loren

* “Creativity is not the finding of a thing, but the making something out of it after it is found.” – James Russell Lowell

* “You see a child play, and it is so close to seeing an artist paint, for in play a child says things without uttering a word. You can see how he solves his problems. You can also see what’s wrong. Young children, especially, have enormous creativity, and whatever’s in them rises to the surface in free play.”- Erik Erikson

* “I had a very happy childhood, but I wasn’t that happy a child. I liked being alone and creating characters and voices. I think that’s when your creativity is developed, when you’re young. I liked the world of the imagination because it was an easy place to go to.” – David Williams

* “Creativity comes from looking for the unexpected and stepping outside your own experience.” – Masaru Ibuka

* “The chief enemy of creativity is ‘good’ sense.” – Pablo Picasso

* “Creativity is the key to success in the future, and primary education is where teachers can bring creativity in children at that level.” – A.P.J. Abdul Kalam

* “Passion is one great force that unleashes creativity, because if you’re passionate about something, then you’re more willing to take risks.” – Yo-Yo Ma

I do hope that after reading this post and the quotations in it, you have been sufficiently motivated to look at things differently and to do things, even the most mundane things, differently and creatively.

“Many of life’s failures are people who did not realize how close they were to success when they gave up.”