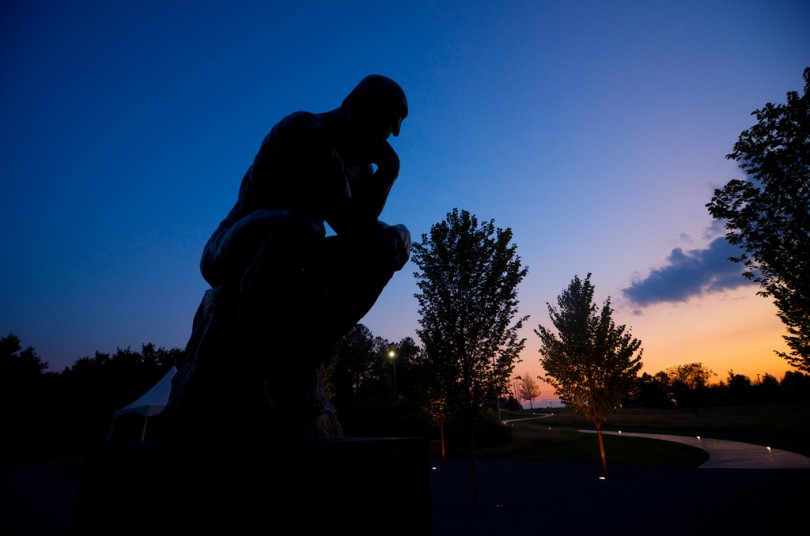 In whatever we do, thinking is important.  Human beings are emotional animals and, very often, we let our emotions get the better of thinking through all the aspects of an argument, a situation or a challenge.  Thinking allows us to make better sense of the world around us and to arrive at more considered decisions.  Of course, thinking is not just a rational, dry activity – there are important roles for all the information available to us, for wild, out-of-the-box thinking, for emotional thinking, for creativity before we can arrive at an effective solution and course of action.

Edward de Bono has written extensively on thinking.  He came out with the term ‘lateral thinking’ and has been arguing for teaching ‘thinking’ in schools.  He believes that effective thinking is something that can be developed in people by following the right processes and through practice; people just don’t make any effort to improve their thinking. He also points out that ‘the main difficulty of thinking is confusion.  We try to do too much at once.  Emotions, information, logic, hope and creativity all crowd in on us.  It is like juggling with too many balls.’

It is to get rid of the confusion in our minds that de Bono advocates the Six Thinking Hats model.  He feels that by wearing a specific hat at a time, a thinker can evaluate a problem holistically.  Looking at a situation or a problem through one lens at a time allows the thinker ‘to separate emotion from logic, creativity from information, and so on.’

Whether as an individual activity or a group one, the Six Thinking Hats model makes a person wear a specific hat, distinguished by its colour, and to think along the lines of the rules laid out for that colour:

Red Hat: Red is associated with anger, rage and emotions; a person wearing a Red Hat looks at thinks emotionally.  He is, in essence, the opposite of the White Hat guy; he gives a lot of emphasis to hunches, to intuition, to impressions.

Black Hat: Black is dark and gloomy and negative.  A person wearing a Black Hat looks at things negatively and argues why something cannot be done.  The Black Hat person is the pessimist in the group.

Yellow Hat. Yellow is sunny and optimistic.  A person wearing a Yellow Hat looks at the brighter side of things, always optimistic and hopeful.  He is the opposite of the Black Hat – he is the optimist who looks at things constructively and concentrates is seeing why something can be done or achieved.

Blue Hat: Blue connotes cool, the sky.  A person wearing a Blue Hat controls and organizes the entire thinking process.  He is the thinker of the thinking that has been done by the other hats.

The Six Thinking Hats model has a lot going for it: it is extremely simple, it is enjoyable and it looks at a problem from all points-of-view.  It allows us to role play and leave out all extraneous influences from the thinking process.  Most importantly, it provides a totally different process of thinking.  The Six Thinking Hats exercise can be done by an individual in stages or it can be done by a group where each person is assigned a different hat. However, while intuitively and logically attractive, I think the model will work only after a certain amount of practice.  But because it makes so much of sense, it should be tried out.  You never know, your teams’ thinking (and, maybe, your own) may improve dramatically.