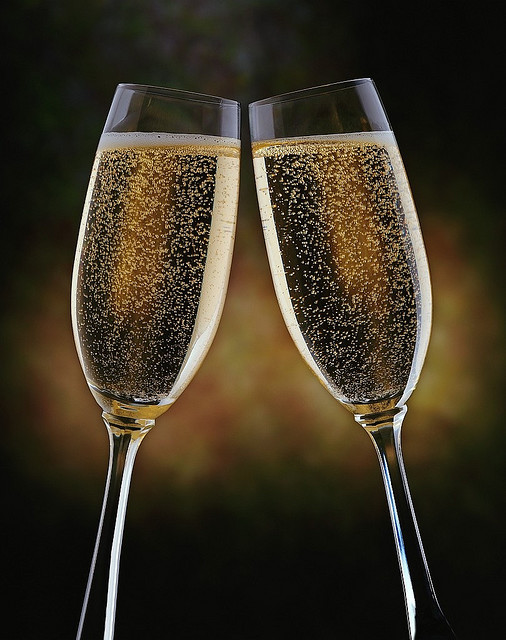 Raising a toast maybe something you’ve seen on television or perhaps you’ve been somewhere where a toast has been raised. However, here’s some gyan on how to raise a toast.

Informal or formal toasting lends an air of festivity to any celebratory dinner; it is also one of the best ways of honouring your guest. There are two ways of raising a toast. At a very formal occasion, when the guests sit down to dinner and the wine has been poured, the host normally gets up from his or her chair and asks for everyone’s attention. After a short speech talking about the person in whose honour the toast is being raised, the host raises his or her glass for the toast – always looking at the person to whom the toast has been raised. The speech given can be laced with humour or even be plain sentimental with the host saying at the end, “I now propose a toast to…” At this point every guest at the table will rise, except the person who is being honoured. Guests will repeat the name of the person being honoured, touch glasses and sip. Very often, non-drinkers don’t know what to do. Old fashioned etiquette says don’t toast with water as it’s considered bad manners and bad luck! If you must, have an empty glass in your hand. Remember that the recipient of the toast does not rise, nor does he or she sip the wine until the toast is completed. The recipient of the toast does not have to say anything at all to thank everyone for the toast. It is not expected. All he or she is expected to do is to smile, or nod his/her head in acknowledgement or wave her/his hand. At an informal dinner, toasts can be raised at any time before or during dinner. In fact, while cocktails are being served, the person raising the toast can draw the attention of the guests. The while everyone stands around, the person being honoured could be asked to join the speaker or the host. After the host makes a short speech everyone raises their glasses, filled or half-filled and say something like, ‘Cheers’ or ‘Congratulations’ to the person concerned. Here the recipient of the felicitation could choose to say a few words – and just a few – to thank the guests and the host.

In today’s liberal environment both men and women may raise a toast. In the best old traditions, however, men bore the onus of the responsibility of raising a ‘formal’ toast.