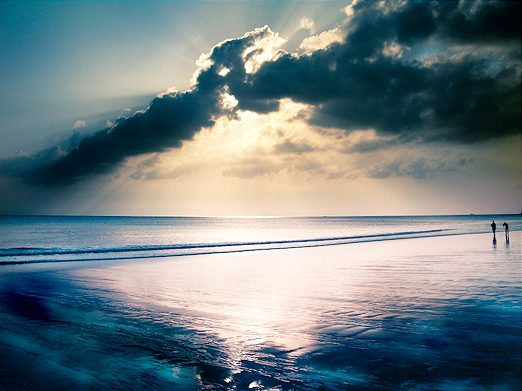 India is a universe unto its own and has something to offer every person who is bitten by the wanderlust bug. However, there are destinations that are flanked by thousands of tourists and inevitably become crowded. If you have been there, done that, and would rather explore some offbeat havens in the country, read on:

India’s easternmost state remains one of the most inaccessible, yet hauntingly beautiful places in the country. Nestled high in the Eastern Himalayas and dotted with pristine forests, Arunachal Pradesh is home to snow-capped peaks, high altitude lakes, and Buddhist temples. Its assortment of local tribes would excite anyone who embraces cultural diversity and tradition. The state also houses Tawang Monastery, the largest Buddhist monastery outside Tibet.

Arunachal Pradesh has some of the most hospitable and friendly locals you will ever come across. Make it a point to visit Pashighat, Bomdila, and Hong, Asia’s second largest tribal village.

If unspoiled, tropical beach getaways are your cup of tea, look no further. Located off the south-eastern coast of India, the Andaman and Nicobar Islands are a must-visit for their immaculate beaches and dense forests. The region has some of the most unique flora, fauna, and wildlife; to be precise, around 1300 species of plants found here exist nowhere else in mainland India.

The islands are a sanctuary for scuba diving enthusiasts, with Havelock Beach in particular making it to TIMEmagazine’s list of ‘Asia’s Finest Beaches’. Other notable getaways include Cinque Island, Jolly Buoy Island, and the Wandoor Marine National Park.

Kerala is thronged by tourists and nature lovers all year round, but what makes Wayanad special is that it remains relatively unexplored compared to other hotspots in the state. Located along the Kerala-Karnataka border, this tropical, hilly region is swathed by breath taking coffee, tea, and spice estates. It also links Kerala to what is known as ‘the golden triangle of South India’: Bangalore, Mysore, and Ooty.

Wayanad is a dream destination for wildlife lovers and adventure sports and trekking aficionados. The best time to visit is between June and October. Do not miss out on the Kuruvadweep and Chembara Falls, Eddakal Caves, and Phookat Lake.

Daman & Diu is a Union Territory situated on India’s west coast. As a former Portuguese colony, the area is peppered with picturesque cathedrals, forts, and old government buildings that are reminiscent of the bygone colonial era. Although a favourite weekend retreat for many, Daman & Diu stands out thanks to its serene atmosphere, scenic natural beauty and isolated beaches, and quaint guesthouses and hotels.

The best time to visit Daman & Diu is between October and May. Attractions of note include Devka and Nagoa Beach, Fort of St. Jerome, Zampa Getaway, and the Church of Our Lady of Rosary.

Wagah is an unusual recommendation since it is an army outpost on the India-Pakistan border and not ‘unknown’ in the truest sense of the word. Nevertheless, it makes our list not only because it is the only ceremonial border crossing between the two countries, but also because the ‘Beating the Retreat’ ritual is a must-watch. The tallest and most elite border guards from India and Pakistan assemble at dusk every day in a show of one-upmanship that is anything but hostile. The exaggerated parading, Goose Stepping, and bellowing are a hit with crowds on both sides and make for an unforgettable experience.

“Don’t give up. There are too many nay-sayers out there who will try to discourage you. Don’t listen to them. The only one who can make you give up is yourself.”