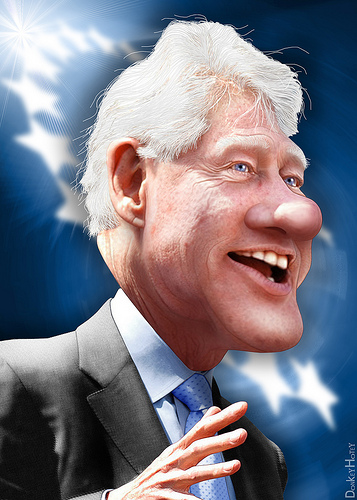 This morning, I was having a chat with a couple of younger colleagues.  In the course of our discussions, the name – Dicky – of an associate in Singapore came up.  I casually mentioned that his name was, in all likelihood, Richard and Dicky was his nickname.  My comely comrades were totally floored – they just didn’t know that Dick was short for Richard. I mentioned Bob and Robert – bewilderment.  Jim and James – ditto!

So for Indian folks not in the know, a shortened form of a word or name is called hypocorism.  It is a nickname, pet name, or term of endearment.

Those who are unaware of the nicknames for common English names, here’s a guide (names of gents, followed by the names of ladies):

However, do note that in some cases, what appears to be a pet name could be the actual given name. So while Bill Clinton is William Jefferson Clinton and Jim Carrey is James Eugene Carrey, Jack Dorsey (co-founder of Twitter) is NOT John Dorsey. His given name was Jack.

“Imperfection is beauty, madness is genius and it’s better to be absolutely ridiculous than absolutely boring.”