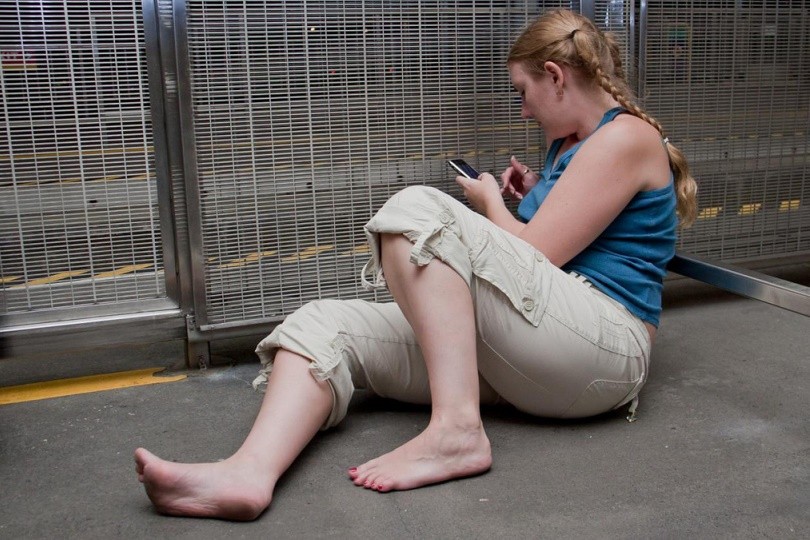 Phones have come a long way in a short time. Not so many years ago, all we had to keep ourselves entertained in the queue at Starbucks was Snake, but now – since Apple revolutionized the cell phone – we’ve been gifted with a whole world of procrastination tools to stop us from doing anything else. Now, with so much choice available and hundreds of new games being released every day, it’s hard to know what games to pick and play.

This article will provide you with the low-down on 10 of the most insanely addictive games for iOS that are so good that you won’t be able to leave your charger for a moment. All these games are brilliant for everyone, whether you’re an iOS veteran and have had an iPhone for years or have only just got on the bandwagon. So, sit back, clear your schedule and prepare to play.

Limbo was initially released on the Mac, and after quickly becoming the most popular game on there, it was soon rewarded with an iOS version. The game features simple yet curiously addictive gameplay that will keep you entertained for hours at a time. Despite the greyscale theme, Limbo features beautiful graphics that are sure to keep you satisfied.

In the gloriously minimal Impossible Road, you guide a ‘vessel’ down a track that is formed like a roller coaster, and you gain a score every time you go through a gate. You also need to navigate banked curves, jumps, hair-pin bends and adverse camber for your quest of a perfect line. Possibly the best thing about Impossible Road is that the game actually rewards cheating – but careful, the game’s distinctive color scheme makes it in to one of the most devious optical illusions out there. Remember, the rules of the road apply to you.

This particular little wonder is addictive as much for its intuitive gameplay as for its beautiful graphics and design. You take control of two dots as they take a – somewhat remarkable – journey through time and type. As you play through the game’s gorgeous environments on the way along this adventurous journey, you learn about the world of typography through the ages. Type: Rider is a brilliant game that shouldn’t be missed and can’t be put down.

In this fantastically simple side scrolling platformer, you take the controls of an adorable bouncing forest-dwelling afro, as it makes its way across a dangerous forest that features numerous traps and obstacles. With a one-touch control that you use to keep your little afro spore afloat, Badland is dangerously simple. Whether you play it in the queue waiting for your macchiato or at your desk while not doing your work, the expansive levels of Badland will keep you addicted for hours.

In the adorably addictive Tiny Wings, you take control of an impossibly cute and gravitationally challenged bird who wants so bad to be able to fly. Sadly though, this bird cannot fulfill its dream due to his tiny wings. To help him fly, you use the contours of the attractive landscape to bounce the little bird through across the sky. But he has little time as it is getting dark and he has to reach home before the sunset. No one is really sure what happens after dark, possibly a tiny-bird-eating-monster comes out – it’s best not to think about it. Beat the sunset.

Ever watch Osmosis Jones as a kid? Microtrip is a wonderfully simple physics-based game with an enjoyable concept and a great design. You take control of a single cell as it floats through a body, steering it through your host and eating or dodging white blood cells and other viral baddies. With no real storyline or distracting missions, Microtrip is the ultimate high score game.

2048 is a horrendously addictive game from the math’s range of iPhone games. Inspired by the original Gabriele Cirulli that is freely available on the web, the object of the game is to slide numbered tiles on a grid and combine them to create a tile with the number 2048. Though it might sound simple, 2048 is actually deceptively complex and – like its precursor, Threes! – has a huge and addictive fan base. In its first week on the web, 2048 received 4 million visitors and the app version is no less addictive. If you start playing now, it should be 2048 by the time you get bored.

Kairosoft are the ultimate in addictive mobile business Sims. Since their first release (Game Dev Story), they have released a long line of corking 8-bit games for IOS and Android devices. This particular addition to the series adds everyone’s favorite four-legged-man-carrier, the horse, to an already brilliant setup. Here, the object of the game is to train and maintain a stable in order to achieve Pocket Stables’ ultimate goal – winning the Triple Crown races within 17 years. Work or no work, you won’t be able to stop until you’ve trained a champion. Gee up, gamer!

No list of addictive games is complete without Tetris. Tetris Blitz for iPhone brings a modern twist to the hugely popular arcade game of old. It features entertaining gameplay and innovative controls that has users racing against time in order to complete a series of challenges. Available for free, this game will keep you entertained for hours. Never has time been wasted so well, so cheaply.

“It had long since come to my attention that people of accomplishment rarely sat back and let things happen to them. They went out and happened to things.”