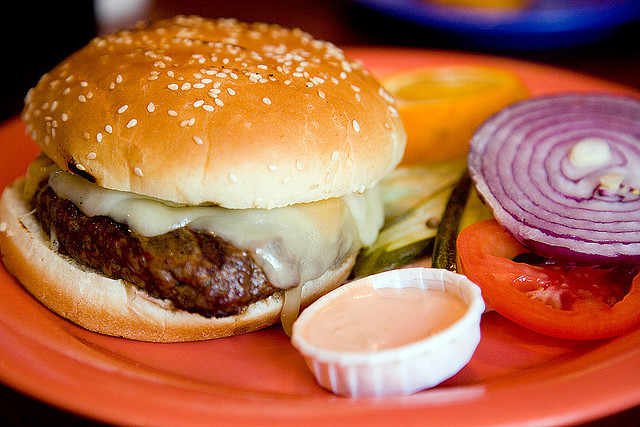 I am quite amazed that many people in India (and elsewhere) ask this question. It seems logical – why ham-burger if it generally has a beef, chicken or fish patty between the bun.

Well, the answer is simple. It is not a ham-burger, it’s a hamburg-er! In the late eighteenth century, the largest ports in Europe were in Germany. Sailors who visited the port of Hamburg would eat Hamburg steaks. Later, to attract German sailors, eating joints along the New York city harbour offered “steak cooked in the Hamburg style.” It was around 1885 in the US that a beef steak was put between two slices of bread or a bun and garnished to give us the modern day hamburger.

The hot dog that we have now started eating in India is actually called a frankfurter. A frankfurter (also called wiener) is a highly seasoned sausage, generally of mixed pork and beef. Frankfurters are named for Frankfurt, the city of their origin, where they were sold and eaten at beer gardens.

Frankfurters were introduced in the United States around 1900 and quickly became a staple American snack. The first hot dog stand, selling the sausages as a sandwich on the standard long hot dog bun, was opened at Coney Island, New York, in 1916. The hot dog remained popular in the United States throughout the 20th century, being especially associated with barbecues, picnics and athletic events.

But why is it called hot dog? Hot dog is generally attributed to sports cartoonist T. A. “Tad” Dorgan, who caricatured German figures as dachshund dogs in his cartoons. His talking sausage cartoons poked fun at the cheap wieners sold at Coney Island, crassly suggesting they contained dog meat. There may be some truth in this since mixing dog meat with other meat was quite easy to do!