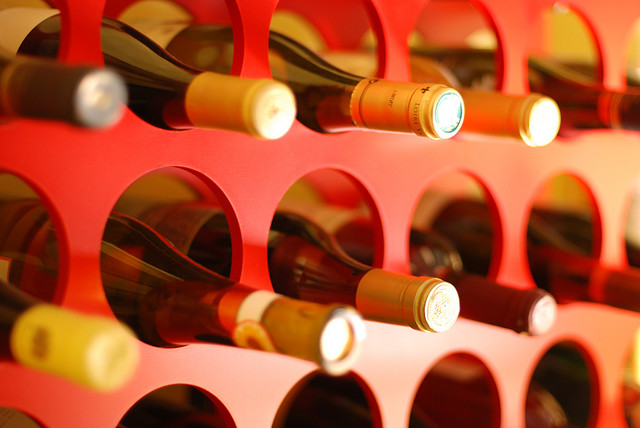 I love wine but have always been confused by the enormous variety that is available. A few years ago, I always felt sheepish when a headwaiter at a restaurant (or an airhostess on an international flight) asked me to choose a wine. Having acquired some knowledge of wine over the years, I thought I would try and demystify it for those a bit unfamiliar. Hopefully, once you have gone through this article, you would be far more assured when someone asks you to choose a wine from a huge wine list.

1. Types of Wine
Wines can broadly be divided into the following types: white, red, rosé, sparkling (including Champagne) and fortified.  Of these, the white and the red are the more popular and I will spend most of my time on these two.
White wine is a wine that is yellowish in colour. White wine is produced using the juice and skin of green, golden or yellowish grapes or using the juice (but not the skin) of red-skinned grapes.
White wines are generally lighter and more refreshing than a majority of red wines. That is why they are more popular during spring or summer. They are often consumed with lighter meals or as an aperitif. A simple guideline is that white wines go well with white meat.
White wines are also served in a different type of glass than red wines – ideally, the glasses should be narrower to allow for better aroma concentration.  White wines should be served slightly chilled, at around 7°C – 10°C.
Red wine is made from dark-coloured grape varieties.
The juice from most black grapes is greenish-white; the red colour comes from anthocyan pigments naturally present in the skin of the grape.
Red wines are best served in wine glasses with room. A distinctly oval or egg-shaped bowl that narrows slightly at the top is necessary to enjoy a red wine to the fullest. A red wine should be around half-filled in a glass to allow more room to swirl it and better surface area for allowing it to breathe a bit. Most red wines are at their best when the serving temperature is between 16°C – 18°C.  Red wines generally go well with red meats.
Rosé is a type of wine that has a bit of colour but just enough to turn it pink. The pink color can range from a pale orange to a near-purple, depending on the grapes and wine making techniques. Rosés are not particularly popular in India.
Sparkling wine is wine with significant levels of carbon dioxide in it. This is what adds the fizziness in sparkling wines. The carbon dioxide may result from natural fermentation, either in a bottle, as with the méthode champenoise, in a large tank designed to withstand the pressures involved (as in the Charmat process), or as a result of carbon dioxide injection. While sparkling wine is produced in various parts of the world, only those that are produced in the Champagne region in France can be called champagne (just as only whiskey produced in Scotland can be called Scotch).
Fortified wine is wine to which a spirit (usually brandy) has been added. The popular fortified wines include port, sherry, Madeira, marsala, Commandaria wine and vermouth.

2. Dry versus Sweet
Obviously, a wine that has a sweet taste is a sweet wine; one that is not sugary is described as a dry wine.

3. Types of Popular White Wines
A. Riesling (Pronounced Rees-ling)
Riesling is a white grape variety that originated in the Rhine region in Germany. While Riesling is now grown in various parts of the world, the best ones are still from Germany. Riesling wines, especially the dry versions, go well with fish, chicken and pork. Amongst Indian wines, the Sula Riesling is worth trying.

B. Gewürztraminer (Gah-vurtz-tra-meener)
A very aromatic variety of grapes, delicious and fruity. Because Gewürztraminer   is so aromatic, it tends to go well with Asian and Mexican food. It is also recommended to be sipped with sauerkraut, sausages and cheese.  Gewürztraminer is now grown in many parts of the world but the best still come from Alsace from where it originated. Other places include Germany, US West Coast, New Zealand and the southern part of Chile.

C. Chardonnay (Shar-doe-nay)
Chardonnay is, possibly, the most popular dry white wine varietal. It originated in the Burgundy region in France and, given its low maintenance, is now grown in almost all parts of the world where wine is produced.  Chardonnays go well with chicken and other white meats and seafood and dishes that use cream and butter. Amongst Indian brands, the Reveilo Chardonnay Reserve is a wine to try.

Types of Popular Red Wines
A. Syrah (Sah-ra or Shi-raz)
Shiraz or Syrah are two names for the same variety of grapes and is grown throughout the world. Winemakers in Europe and other parts of the world only use the name Syrah; Shiraz really became popular due to its use in Australia and New Zealand. The major region for Syrah is the Rhône region of France although some excellent wines emanate from California and Australia. Syrah wines are generally full bodied and powerful and go with a wide variety of meats.  India produces a large variety; you could try Grover’s La Reserve (actually a blended Cabernet – Shiraz and a favourite of mine), York Reserve Shiraz, Dindori Reserve Shiraz and Sula Rasa.

B. Merlot (Mer-lo)
Merlot is another grape that has its origins in the Bordeaux region of France. It produces a soft, medium bodied wine and is easy to drink. That is why it is a good wine for the beginner.  It is a versatile wine and can be paired with a wide range of food.  The Four Seasons Merlot is a good Indian brand to lay your hands on.

D. Pinot Noir (Pee-no Nwar)
Pinot Noir is a ‘noble’ grape, originating in Burgundy in France.  It is difficult to grow and requires constant care but the wine from it is worth the effort.  Today, apart from France, this elegant wine is produced in many parts of the world including the US, Italy, Austria, Germany and New Zealand. It is a versatile wine and can be sipped with a wide range of food.  I don’t think India has any Pinot Noirs; I have really had to buy the imported brands. I believe Pinot Noirs from New Zealand are readily available in India at pretty reasonable prices.

Of course, there are other varietals (apart from the eight above) that are popular; for example, Chenin Blanc, Muscat and Viognier in whites and Barbera and Zinfandel in reds. However, remember the ones above and you are on pretty solid ground.

4. Classification by Region
While I have covered the more popular varieties of grapes in the earlier section, most European wines are classified by region.  And this can be pretty daunting for the uninitiated. I am, outlining, just as a rough and ready guide, some of the more famous European wines by region:

In contrast to Europe, non-European wines are generally classified by grape (as I have described in the previous section).  However, many of the non-European wines have also started classifying by region; for example, Napa Valley and Sonoma Valley in California, Willamette Valley in Oregon, Columbia Valley in Washington, Barossa Valley and Hunter Valley in Australia, Central Valley in Chile, Vale dos Vinhedos in Brazil, Hawke’s Bay and Marlborough in New Zealand and Okanagan Valley and Niagara Peninsula in Canada.

5. Vintage
As a beginner, one can avoid worrying about the vintage of wines – it will only complicate matters. However, wines are generally classified by the year in which the grapes are harvested, known as the “vintage”. “Vintage wines” are made from grapes of a single year’s harvest, and are accordingly dated. These wines often improve in flavor as they age, and wine enthusiasts will occasionally save bottles of a favorite vintage wine for future consumption. Some vintage wines can fetch astronomical prices.