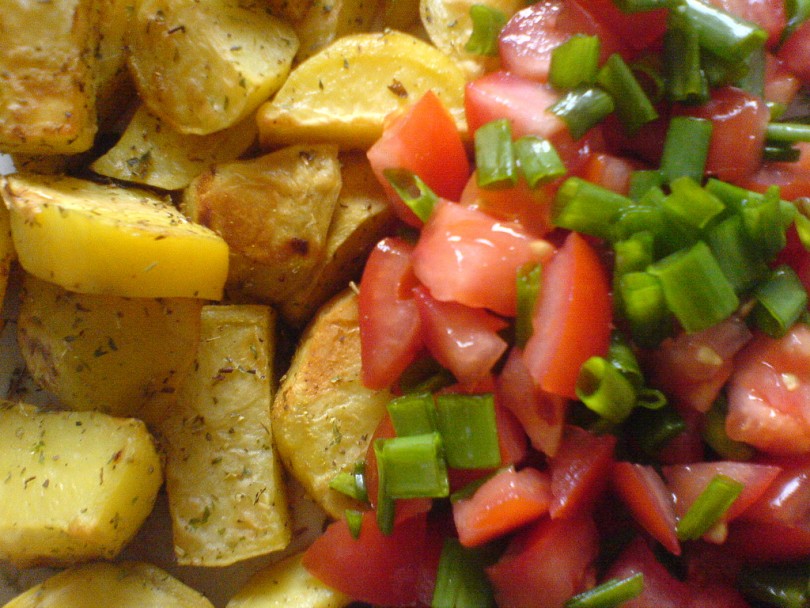 The discovery of the Americas by Christopher Columbus in 1492 was followed by the conquest of South and Central America by the Spaniards.  The Spanish colonisers had twin objectives – trade and the spread of the Catholic faith.  The brutal colonisation of the region by the Spaniards was responsible for the destruction of the ancient civilisations of the Incas (in South America) and the Aztec (in Central America).  One positive aspect of the colonisation was the discovery – and the subsequent export to Europe – of vegetables and fruits that the rest of the world had never seen before.  When the European colonisation of Asia and Africa started in the 16th and 17thcenturies, many of the foods native to the Americas found their way into Asia and Africa – and, therefore, India – as well.

There are foods that we Indians eat so regularly – almost daily – that it seems as if they have been a part of our cuisines since ancient times.  Not so!  A lot of what we eat as a matter of course was in fact introduced into our cuisines just a few hundred years ago.  Let’s take a look!

1. Potato: Which Indian doesn’t love his or her aloo?  Potato dishes and snacks are so common in Indian cuisine that it is hard to believe that the potato was brought into India by the Europeans (possibly the Portuguese) as late as the 17th century.  Even the Europeans were introduced to the South American tuber after the Spaniards brought it to Europe in the 16th century.

2. Tomato: Like potatoes, tomatoes – another native of South and Central America – were introduced by the Portuguese into India in the 17th century.

3. Chilly:  Can you imagine life without chillies? I really can’t! But like potatoes and tomatoes, chillies are also originally from South and Central America and were introduced into India by – who else – the Portuguese!  According to historical accounts, our forefathers possibly used black peppercorn, triphala, timur and pippali to add the hotness to their food.

4. Guava:  Today, India is one of the largest producers of the humble amrood.  But even this tropical American fruit found its way into India via the Europeans.

5. The other tropical American vegetables and fruits introduced by Europeans include the papaya, the pineapple and the cashew. Corn, the world’s largest vegetarian food after rice and wheat, also globalised from tropical America.

6. The food not native to South and Central America but now very popular in India include the pumpkin (a native ofNorth America and brought into India by possibly the English or the French), the cabbage (a native of Europe) and the apple (grown for thousands of years in Central Asia and Europe).

Thus, many foods that are now part of our daily lives have had a rather recent history in India.  And many of them (for example, pumpkins and guavas) have become an integral part of Hindu religious rituals.