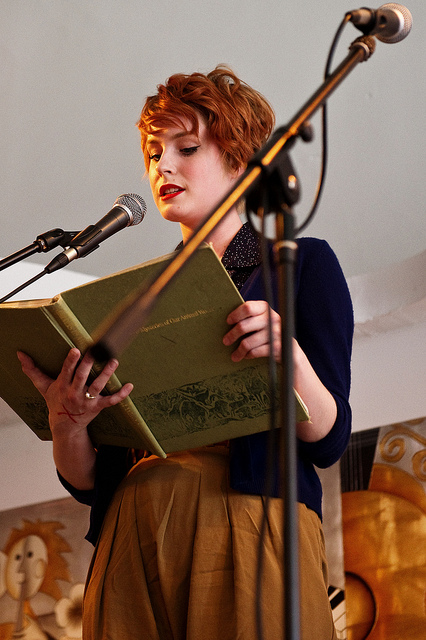 A paraprosdokian is a figure of speech in which the later part of a sentence or phrase is surprising or unexpected in a way that causes the reader or listener to reframe or reinterpret the first part. It is frequently used for humorous or dramatic effect, sometimes producing an anticlimax.

Some examples:
* You can always count on the Americans to do the right thing – after they have tried everything else – Winston Churchill.
* I’ve had a perfectly wonderful evening, but this wasn’t it – Groucho Marx.
* A modest man, who has much to be modest about – Supposedly Winston Churchill, about Clement Attlee.
* She looks as though she’s been poured into her clothes, and forgot to say ‘when’ – P. G. Wodehouse.
* I sleep eight hours a day and at least ten at night – Bill Hicks.
* I asked God for a bike, but I know God doesn’t work that way. So I stole a bike and asked for forgiveness.
* Do not argue with an idiot. He will drag you down to his level and beat you with experience.
* I want to die peacefully in my sleep, like my grandfather. Not screaming and yelling like the passengers in his car.
* The last thing I want to do is hurt you, but it’s still on the list.
* Light travels faster than sound. This is why some people appear bright until you hear them speak.
* If I agreed with you we’d both be wrong.
* To steal ideas from one person is plagiarism. To steal from many is research.
* We never really grow up; we only learn how to act in public.
* War does not determine who is right – only who is left.

“Just before a game, I try to keep a clear mind so that I can focus better. I’m the kind of person who plays fast and relies a lot on intuition, so being at peace with myself is vital. Saying my daily prayers helps me achieve this heightened state of mind.”