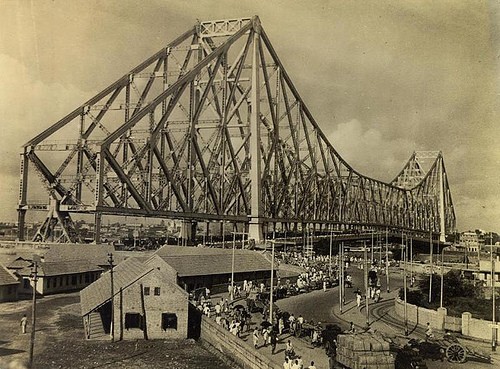 I am an ardent admirer of Raja Ram Mohan Roy. He was a bona fide game changer as far as the religious and social aspects of Hinduism of his times are concerned. He played a pivotal role in the eradication of many of the social evils that were rampant in pre-Independent India, most well known among them being the horrendous practice of Sati. Also, he contributed greatly to the cause of education in Indian society by championing the adoption of Western Education at a time when Indians were vehemently opposed to the idea of learning a language that was quintessentially ‘British’. However, he saw it as an opportunity for his fellow Indians to be at par with their English counterparts. He was also instrumental in furthering the cause of modern medicine, science and technology.

Raja Ram Mohan Roy also championed the cause of educating women in India by teaching them the English language. In 1822, he set up a school to exclusively teach the English language to those that were willing to embrace it as opposed to government-funded schools that only focused on teach Sanskrit. The formation of the Brahmo Samaj truly changed the educational landscape of India, garnering him followers by the thousands for his more modern take on all things socio-religious.

Sadly, the teachings of Raja Ram Mohan Roy and other Indian reformers of the18th and 19th century have had limited success as far as India is concerned.  Many of the ills that they fought against are still prevalent in 21stcentury India.  There is an urgent need for the emergence of more selfless reformers who can work to make India a more tolerant, open-minded and just society.

I am no expert on Raja Ram Mohan Roy and have but a scanty understanding of his entire body of thought and action.  But even as a lay admirer, I have managed to glean some of his valuable lessons; I am sharing them in the hope that even you will find them of relevance even two hundred years later.

Belief in change
One of the biggest lessons we can learn from Raja Ram Mohan Roy was his ability to take on a challenge. His outlook was considered radical for the times but he believed that change was inevitable and necessary and did his best to bring about a reformation in Indian society. He vehemently opposed certain religious and social practices that were prevalent at the time and sought to eradicate them. He also championed the cause of a revised education system that was at par with the best institutions from around the world and that imparted modern, western education.

He truly believed in the power of change; we Indians of today should believe that WE too can change things.  Unfortunately, most of us are just not willing to make the effort; as a result, bigotry, intolerance, the lack of respect for women and other social problems still persist.

Inherent rights of all
Raja Ram Mohan Roy believed that we are all born equal and are entitled to all the rights that the law provides, without any compromise. We should exercise our rights and ensure that the rights of others are not infringed upon.

Western Education
Raja Ram Mohan Roy was a great believer in the potency of western education, science and mathematics and propagated their adoption throughout India. He believed that if these disciplines were good for the British, then they were good for Indians too. Despite receiving widespread criticism and allegations of being ‘unpatriotic’, he was responsible for bringing about a cultural and educational shift in India through his reforms and ideals. He believed that Indians should learn the good things from the west and infuse it with traditional knowledge to produce unique, potent results.

Belief in God
Despite his radical views and ideas, Raja Ram Mohan Roy was a firm believer in the omnipotent presence of God. He believed that there was only one God despite the many religions that prevailed in India. There was none that equals God as he has no end and is present in all individuals across the world. Therefore, he encouraged his followers to pursue God, the answer to all of life’s questions.

Social Welfare
Raja Ram Mohan Roy devoted his life to the cause of social reforms throughout his life. He valued social welfare above everything else during the tenure of his life. He believed that when we took care of and fought against injustices, we were fulfilling our duty of ensuring social harmony and peace. He would therefore be a vocal supporter for the rights of women and was also successful in abolishing the practice of Sati and encouraging widow remarriage. Even though he may have been targeted for his radical ways, he was stoic in his pursuit for a better society.

Belief in Scriptures
Raja Ram Mohan Roy immersed himself in the scriptures that he believed were the fountain of all knowledge. However, he did not believe that the scriptures were being properly read and implemented in society. The convenience with which things were interpreted from the holy texts resulted in gross injustices.

Brotherhood
Raja Ram Mohan Roy was a strong supporter of the rights of the downtrodden. He was a strong propagator of the concept of the universal brotherhood of man, thereby leading him to uphold various causes and reform movements during his lifetime, in India as well as well as around the world. He also expressed the need for an institution to act an arbiter of global disputes. He was firmly in favour of resolutions being sorted in a court of law between two countries rather than through armed conflict.

Inclusive Religion
Raja Ram Mohan Roy was a firm believer in the fact that Hinduism was an inclusive religion that accommodated the various beliefs of its people. However, he felt that there should not be any need for a caste system as it only caused discord and discontent among people of the same faith. He was supportive of the unity of people within the same faith; he also believed that those from other faiths should be made welcome into Hinduism.

Written Word
He was a strong advocate for using the power of the media for social good. In our world where social media reach is so powerful, we should definitely learn from him to use it appropriately to further social causes in society. His ability to fight against the system through the written word was something new and powerful at the time and resulted in the implementation of some good social reforms.

Raja Ram Mohan Roy, who died in 1833, was a teacher, a social reformer and a philosopher who put forward ideas that were meant to make Indians, especially Hindus, a better people.  Of course, he did succeed to a large extent.  The real tragedy is that many of his lessons have long been forgotten and many of the social ills that he tried to eradicate are still with us.  Our self-serving political class and our poorly educated, bigoted and selfish denizens have put paid to his vision of India.