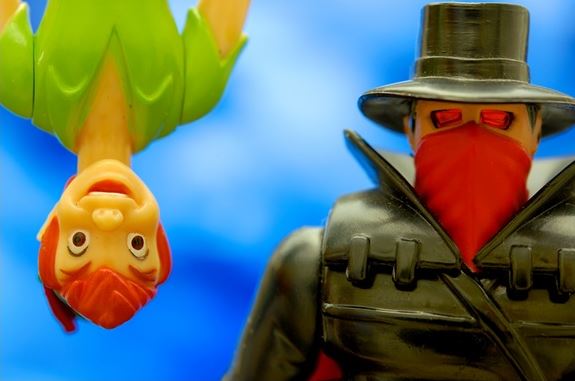 Women are usually thought to be the complicated ones. They are supposed to be hard to decipher, never saying what they really mean. Men on the other hand have a reputation of being far simpler creatures. Is this true? Not entirely. Oh sure, women are a complicated bunch but men are not so far behind either. They can be pretty sly, escaping all the flak that women get by simply not saying much. It’s genius really. Just keep mum, say as little as possible, be all cryptic and sit back and enjoy how a woman’s mind analyses those little bits of information ad nauseam, usually reaching completely wrong conclusions and then crying over them (or eating lots of ice cream).To help all much-maligned women out there, here is a primer to what men say and what they really mean.

“Don’t call the plumber, I’ll fix it”: Ladies, I hope you have property insurance because this will not end well. Nothing will be fixed, but lots will be broken and soggy. Very soggy.

“I’m on my last beer”: This is almost never true. Once the drinking begins, all bets are off. Be prepared to drive a very drunken man home.

“This doesn’t taste like how my mom makes it”: This infuriating line has been heard by many a woman. Bad news is, that it means exactly what it sounds like. Your husband actually has the gall to criticize food cooked lovingly just for him by the woman he has chosen to spend the rest of his life with. Chin up, ladies. He thinks he knows what he’s talking about but his taste buds have been destroyed by years of eating over spiced, fatty foods. He does not know what good food taste like. At least that what you should keep telling yourself.

“I’ll call you tomorrow”: He won’t call. He won’t even text. He ignores you on WhatsApp and pretends to be offline on Facebook chat. He will drop off the face of the Earth and cease to exist. That one time you see him on the train, he will pretend to be his twin brother just to avoid you. He is not worth your time, walk away from this mess while you have most of your dignity intact.

*Silence*: If you’re getting the silent treatment, don’t worry. It could mean many things. He might be so engrossed in a cricket game on TV, that he has lost all sense of time and space. You do not register in his presence. Do not be offended; he wouldn’t recognize his own mother.

Sometimes though, the silent treatment could mean he’s angry. This is not entirely uncommon as men tend to express anger by shutting down emotionally… well, shutting down more than they are normally shut anyways. Ride it out. Men don’t stay angry for too long anyway. They are weak and have no ability to hold on to grudges. Amateurs!

“I can’t find the book/glasses/jar/paper”: This clearly means that men can’t see too well. They might even be going blind. Why else would they be unable to find objects that are right in front of them that you have no problem seeing. A visit to the optician might be in order.

“I know the way”: This is a good time to discretely open up Google maps on your phone and search for directions to your destination. Just in case, in the extremely tiniest possibility that the man in question has no idea what he is talking about.

“I don’t care about how she looks”: They don’t care if you are a sociopath who strangles puppies; if you look like a model, you’re the ideal girlfriend.

“I want to marry a smart girl”: They don’t care if you can barely string along a coherent sentence or have the IQ of a 5 year old (not those gifted ones either); if you look like a model, you’re the ideal girlfriend.

“I like a girl who doesn’t wear too much makeup and is comfortable going natural”: The poor guy. He has no idea how women actually look under all the war paint. He thinks they will look like Katrina Kaif. Disabuse him of this notion immediately. Show him your eye bags and acne and if he still sticks around, he’s a keeper.

“I have a six pack”: Commonly seen on profiles of men on dating sites. It can mean two things. One, he has no abs. He has a six pack of beer is more like it. Two, he does have the abs, but unfortunately he has not even one pack of brain cells. Avoid.

“I’m really not looking for a commitment right now”: Usually said after being in a relationship with someone for over 6 months. Funny, how they don’t think to mention this earlier before considerable time and energy has been invested (mostly by the woman) into this farce. Leave and don’t look back.

“I want a nice girl from a good family who has good Indian values”: His idea of a girl with “good Indian values” is someone who will cook and clean for his entire family, have sex with him whenever he wants (but she should still be demure and bashful about it, she can’t enjoy it too much) and never disagrees with anything he says. Ladies, be wary of such men. You have no idea what you might be getting yourself into.

“But she was wearing a short skirt”: Sigh. Avoid these men like the plague. There is no use reasoning with them, they have no respect for women and you are better off staying far, far away from them.

“We reap what we sow. We are the makers of our own fate. None else has the blame, none has the praise.”