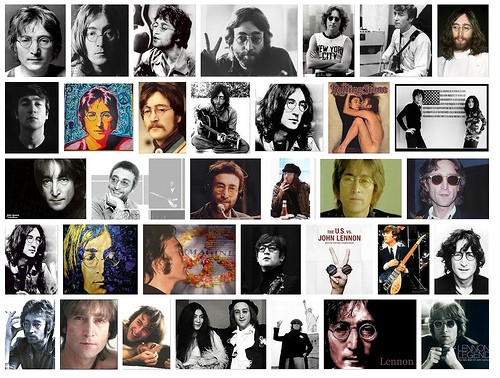 The spoken word has the power to break or build the human spirit depending upon the intent of the speaker to convey a certain message. In fact, the words spoken by someone else can have a profound impact on our lives. There have been many quotes that have helped me through tough situations, giving me a fresh perspective on what I need to do to overcome the negative thoughts and emotions that override clear thinking.

Some famous men and women have paved the way for so much change in the world just by uttering a few choice words that have gone on to inspire millions around the world. There have also been lines uttered by famous characters from TV shows and films that have had a profound impact on my life. I usually make it a habit to write these quotes down in a private journal to preserve them, and to use them when the need arises. I usually have a quote for every mood and every circumstance. These wise words, when spoken out loudly, can truly get you inspired.  Read these and others just before you are about to start your day!

I am listing below some of my favourites and the reasons why I like them:

“Don’t cry because it’s over, smile because it happened.” – Dr. Suess.
One of the reasons why I love this quote is because it sheds a positive light on a seemingly negative situation. There may be times when we lose things or people we cherish and love. This quote poignantly puts a very valid point across that we should always be grateful for the situations that came along or the people we met. Therefore, we should be grateful for everything and everyone we come across even if they choose to no longer be a part of our lives.

“Be who you are and say what you feel, because those who mind don’t matter, and those who matter don’t mind.” – Bernard M. Baruch.
A quote that makes so much sense in a world where being artificial has become the norm. I was so afraid to be myself at times because I always felt that I was under the scanner for what I wore and how I conducted myself. This quote hit close to home when I realised that I only need to worry about the opinions of people that are close to me – my family and close friends. I can, therefore, exercise my rights to say and do what I want without actually harming or hurting anyone else. This quote put things in perspective for me and I was liberated from my introverted character and embraced my inner rebel.

“You’ve gotta dance like there’s nobody watching,
Love like you’ll never be hurt,
Sing like there’s nobody listening,
And live like it’s heaven on earth.”
– William W. Purkey.
Sometimes, you just have to throw caution to the winds and embrace certain feelings and emotions that make you feel elevated irrespective of what other people might think. The quote will lift anyone’s mood no matter what they are going through at a particular moment. It offers an individual the hope that he or she can do whatever the person likes without having to think about the consequences of his or her actions. Sometimes, we are so caught up with what the end result would be that we restrict ourselves from loving too much or from doing something that we truly love. Failure and regret are some of the common things that we feel that we may experience if we choose to go down a certain path. However, William Purkey encourages me to love large and do things without actually stressing over what the final outcome will be.

“Be yourself; everyone else is already taken.” – Oscar Wilde.
One of the best playwrights and authors in the world has uttered some really memorable words which have gone down in history as among the wittiest. Among them, the quote stated above really makes sense, especially at a time when people are suffering from an identity crisis. There have also been times when I have suffered from the same. This quote always brings me back to a universal truth that we should only strive to be a better version of ourselves instead of trying to ape others. Therefore, we should definitely embrace and better our own characteristics. We are uniquely us and that is what we should remain.

“Be the change that you wish to see in the world.” – Mahatma Gandhi.
The Father of the Nation has inspired millions around the world with his words and actions. However, this quote by him always hits a chord in my heart. We are a complaining people – we rant against the government, we rant against various establishments and, worst, we rant against our friends and family. However, many of us are just not proactive enough to make changes ourselves. If we truly come together and unite towards a common goal, we can bring about a massive change to our communities and the world we live in.

“In three words I can sum up everything I’ve learned about life: it goes on.” – Robert Frost.
Robert Frost has been among my favourite poets because he tackles subjects with such subtle beauty. This particular quote by him really makes a lot of sense. Life, as we know it, does not end when something bad happens. We face countless trials during our lifetime, some moderately bad and some tragic. However, what we must hope for is the strength to overcome them by moving on. Life goes on is something that we should always remember when we think of ways to overcome a loss or a failure. There is so much more to be gained by not occupying ourselves with lingering, negative thoughts for too long.

“I’ve missed more than 9000 shots in my career. I’ve lost almost 300 games. 26 times I’ve been trusted to take the game winning shot and missed. I’ve failed over and over and over again in my life. And that is why I succeed.” – Michael Jordan.
We all know the story about Robert the Bruce, the Scottish warrior who fought for his country against Edward I of England.  Defeated and exiled by Edward I, a dejected Robert the Bruce was taking shelter in a miserable hut off the Irish coast when he saw a spider trying to use its thin strand of web to jump from one beam to another. It tried its manoeuvre six times, failing at each. Yet, it didn’t give up and succeeded on the seventh attempt. This incident inspired Robert the Bruce to mount another attack on the English, defeating them.

Many men, including Thomas Edison, succeeded because they never gave up.  For them, each failure was a learning experience, an opportunity to become better. As the above quote from legendary basketball player Michael Jordan exemplifies.

“Life is what happens to you while you’re busy making other plans.” – John Lennon.
The quote is taken from the song ‘Beautiful Boy (Darling Boy)’, written by the ‘wise one’ of the British band – The Beatles. The song was written by Lennon for his last solo album – Double Fantasy – before his tragic assassination in 1980 and contains a very important lesson for all of us: be prepared for any eventuality. Things may not work out the way you have envisaged and you must have back-up plans; having alternate plans will ensure that you do not find your dreams dissolving.

Wise words spoken or written by wise people can be a huge source of inspiration and can galvanise us into action. As I mentioned in the beginning, I make it a point to write down quotes that have inspired me and read them whenever I get the chance. You should also try and do that – you never know which of the quotes could act as the catalyst that fires up your life.

“All the great things are simple, and many can be expressed in a single word: freedom, justice, honor, duty, mercy, hope.”