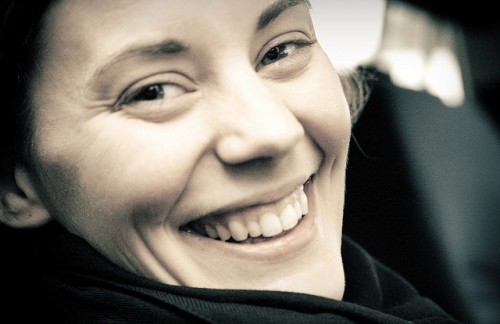 But while innumerable common English words have been derived from Latin a, there are many Latin phrases or expressions that are commonly used in daily writing and conversations. Only a few of us use them regularly but these phrases can add immensely to our communication, both written and oral.

Here are a few important ones:

* Ad hoc: Concerned with a particular end or purpose; improvised and often impromptu.  In a sentence: The committee was formed ad hoc to deal with the large number of pending cases.
* Ad hominem: Appealing to feelings or prejudices rather than intellect; an attack on an opponent’s character rather than by an answer to the contentions made. Ad hominem is short for argumentum ad hominem and is a fallacy in which a claim or argument is rejected by attacking the person making the claim or argument.  Political leaders are masters at ad hominem arguments – when they are questioned by someone, they try and discredit the questioner by bringing out an irrelevant fact about that person.  In a sentence: The Congress spokesperson did not address the issues raised in Modi’s speech; instead, he launched an ad hominem attack on Modi.
* Ad nauseam: To a sickening or excessive degree. In a sentence: Many politicians keep repeating lies ad nauseam and lose all credibility in the bargain.
* Alma mater: A school, college or university in which one has studied and from which one has graduated. The literal meaning of alma mater is ‘fostering mother.’ In a sentence: Let’s go and visit our alma mater next weekend.
* Alter ego: Another side of oneself, a second self; a close and intimate friend.  In a sentence: In R. L. Stevenson’s Strange Case of Dr. Jekyll and Mr. Hyde, the good and genial Dr. Jekyll would turn into his evil alter ego, Mr. Hyde, upon drinking a serum that he had developed.
* Bona fide: Something that is real or genuine; something made or done in an honest and sincere way.  In a sentence: The new Adele record is a bona fide hit.
* Carpe diem: The enjoyment of the pleasures of the moment without concern for the future; seize the day.  In a sentence: When he came out of the serious illness, he was impressed by the frailty of life and a sense of carpe diem.
* Compos mentis: Of sound mind; having full control of one’s mind.  In a sentence: He has been behaving in a rather weird fashion – are you sure he is compos mentis?  Non compos mentis means ‘not of sound mind.’ In a sentence: Some of the Indian politicians are surely non compos mentis – nothing else can explain the lousy proposals they keep championing.
* De facto: In reality or fact; existing in fact whether legally recognised or not. In a sentence: Till 1977, India was a de facto one-party country with the Congress ruling the roost. De facto must be contrasted with de jure which means ‘by right; based on or according to the law.’
* Ergo: Therefore, hence. In a sentence: The products of that company are shoddy; ergo, they keep breaking very soon.
* Et tu, Brute? And you too, Brutus? These words were spoken by Julius Caesar in Shakespeare’s play of the same name.  When Caesar was being assassinated, he uttered the words when Brutus, someone he considered a close friend, came to stab him.  The quotation is widely used to signify the utmost betrayal by an unexpected person, such as a friend.
* In toto: In whole; totally or completely. In a sentence: Your proposal is outrageous and must be rejected in toto.
* Ipso facto: By the fact itself; by the very nature of the deed. In a sentence: The publication of a book doesn’t ipso facto turn the author into an artist.
* Magnum opus: A great work; the greatest achievement of a writer or artist. In a sentence: The Beatles came out with a number of great albums; however, I feel that their magnum opus was undoubtedly Sgt. Pepper’s Lonely Hearts Club Band.
* Mea culpa: Through my fault; an acknowledgement of a personal error or fault. In a sentence: Fox Sports columnist Jason Whitlock issued a mea culpa on Feb. 12 for making an infantile and racist comment on Twitter. [Wall Street Journal; Source: Grammarist].  The above sentence used mea culpa as a noun. The phrase can also be used as an interjection. Example: I am sorry but I am responsible for that boo-boo! Mea culpa!

Mea culpa is a savvier way of saying ‘my bad.’
* Per se: By or in itself; intrinsically. In a sentence: I am not a vegetarian per se, but I prefer not to eat meat.
* Persona non grata: Personally unacceptable or unwelcome.  In a sentence: Ever since I created that scene in that restaurant, I am persona non grata there.
* Quid pro quo: Something that is given to you or done for you in return for something you have given to or done for someone else; a reciprocal exchange. In a sentence: I will help you with your negotiations but I do need a quid pro quo.
* Status quo: The existing condition or state of affairs. In a sentence: If the Narendra Modi government maintains status quo, India will not be able to meet its myriad challenges.
* Terra firma: Firm or solid ground.  In a sentence: Okay, you have been floating in air for a bit too long! It’s time to get back on terra firma!
* Veni, vidi, vici: I came, I saw, I conquered.  These words were supposed to have been uttered by Julius Caesar.
* Vice versa: The other way around; with the order reversed. In a sentence: I have a lot of affection for her and vice versa.