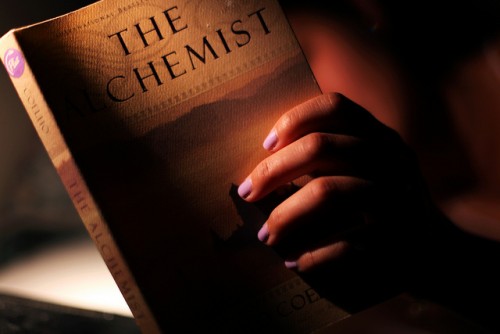 The books that I have shortlisted here have one thing in common – they prompt action. An underlying feature in many of the books is the understanding of life as a continuous journey of discovery instead of a series of goals to be achieved.

These 5 fiction and 5 non-fiction books will make a huge difference in your thinking and, possibly, actions.  They could well prove to be the catalyst that changes you.

Robin Sharma: The Monk Who Sold His Ferrari
In the story, Julian Mantle is a high profile lawyer living a fast paced life. Mantle has a heart attack and when he recovers he travels to the East, searching for meaning to his life. Mantle returns and shares all he has learned with another lawyer who is making the same mistakes Mantle once did.

Extremely engrossing, the book encourages you to question your day-day life, goals and dreams. It adopts a step-step approach with clear guidelines and simple techniques for bringing more balance and joy into life.  It will help you in developing your personality and developing self-discipline.

Paulo Coelho:  The Alchemist
This allegorical novel, originally written in Portuguese, is the only book (by a living author) that has been translated into 56 languages.

The book is a moving story about Santiago, a shepherd boy, who has a recurrent dream of finding treasure. He undertakes a long journey in search of the treasure only to return and discover it at home.

A brilliant read, The Alchemist motivates each one of us to write our own personal legend.  Your personal legend is simply your life’s journey, a journey of self discovery, to find the treasure within.

Anna Sewell: Black Beauty
Black Beauty is a children’s story about a horse. This was the first book of its kind, written in the first person from the perspective of a horse. It details the harsh realities of a horse’s life in Victorian England.

Literature has always had a role in influencing social change and this book was highly influential in the abolition of the cruel bearing rein (for horses) and kicked off the animal rights movement in the United States. In Victorian England, it led to more humane treatment of horses and the London cabbies. So apart from teaching us about animal welfare, the book also teaches us how to treat people with respect, sympathy and kindness.

Jonathan is a unique gull who loves to fly for the sake of flying and not just for food. This attitude is something the group of seagulls he belongs to frown upon; eventually, he gets expelled for breaking the norm. As an outcast, Jonathan is now free to work on his dream. Jonathan eventually returns to his flock to mentor other gulls who may also be secretly wishing to just fly.

The novella is a homily about self-perfection.

Charles Dickens: A Christmas Carol
Scrooge, the main character in the story, is a mean, unhappy man. His partner and the ghosts of Christmas Past, Christmas Present, and Christmas Yet to Come take him through a tour of his life. Scrooge realizes how uncharitable a person he has been and learns the value of charity, kindness and goodwill, important lessons even today.

The book, an indictment of 19th century Industrial Capitalism, was one of the greatest influences in rejuvenating the old Christmas traditions of England but, while it brings to the reader images of light, joy, warmth and life, it also brings strong and unforgettable images of darkness, despair, coldness, sadness and death.

Dickens’ amazing powers of description give life to his characters. Through his writings, Dickens criticized economic, social and moral abuses in Victorian England and contributed to social reform in his country.

Mitch Albom: Tuesdays with Morrie
Mitch Albom reconnects with Morrie Schwartz, his college sociology professor from 20 years ago. Schwartz is dying and Albom visits him every Tuesday like he used to when in college. Albom offers Schwartz companionship and Schwartz offers Albom a new way to look at life. In the 14 Tuesday classes, they talk about acceptance, communication, love, values, openness, happiness, family, forgiveness and the world.

Living with dignity, connecting with those who were and are important to us are some of the simple but strong messages that stay with you long after you put the book down.

Jack Canfield, Mark Victor Hansen: Chicken Soup for the Soul
The 101 stories in this book are true stories about ordinary people’s lives. The book is divided into 7 sections that focus on love, parenting, overcoming obstacles, learning, following your dream and general wisdom. When life gets you down or you come up against inexplicable meanness, all you need to do to renew your faith in humanity and yourself is to pick up this book and read a couple of stories. The strength, the courage, the wit, the wisdom, and the spirit of the characters in the stories will reinvigorate you.

Maya Angelou: I Know Why the Caged Bird Sings
Angelou died in May this year.  In this autobiographical work, Angelou traces her life up to the age of 17. It is a stark account of the cruelty, indignity and injustice African Americans faced in the 1930s and 1940s. The book also celebrates the black community’s humour, courage and spirit during these harsh and difficult times.

Some institutions have made the book a part of their reading list; others choose not to because of the graphic depiction of childhood rape, racism and sexuality. Angelou’s writing served as an inspiration for other black woman writers.

Dale Carnegie: How to Win Friends and Influence People
Hailed as one of the best self help books ever written, How to… has sold more than 15 million copies since its release in the 1930s. It offers valuable advice on how to succeed in your personal and professional life.

This book is divided into 6 major sections and offers insights on ways to get people to like you, on how to a leader, how to improve your work and home life and other personal advice. A good confidence builder this book, eighty years old, is still used today by many people to get ahead in life.

Loretta LaRoche: Life is Short, Wear Your Party Pants
The book is a hilarious exploration of ways to live a positive and productive life. In her book and inspirational speeches, LaRoche portrays humour as a powerful way of coping and healing. The book discusses 10 simple truths (resilience, optimism, humour, moderation…) that can help us all lead a wonderful life.

LaRoche’s own life helped her evolve her theories on life and living. The author’s appeal lies in her being, like any of us, flawed and stressed out. That makes it very easy for us to identify with her. A wildly funny yet deeply inspirational book!

“Be yourself; everyone else is already taken.”