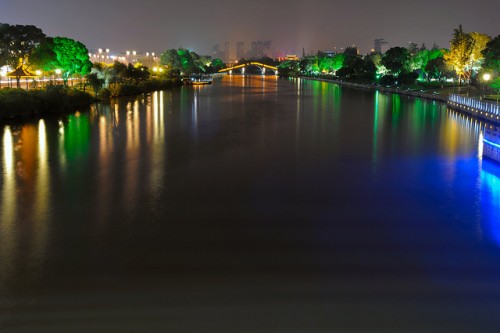 China has taken over the world’s manufacturing.  At the rate that it is growing, China will overtake the US in GDP terms in the next few years.  Given that our use of Chinese made products is only going to increase in the years ahead, it is likely that our interaction with China – both as tourists and as business people – is likely to increase.

The People’s Republic of China, one of the most culturally rich and economically strong nations, today holds the position of the most dynamic country in the world. With its rapidly booming market, the business opportunities in China are immense for people from around the world. However, as an outsider, it is very important to understand the Chinese psyche and culture because this is something the locals take very seriously. Here is a brief write-up that may help you develop a better understanding of the country and its people. Understanding a country’s people is no easy task unless you are a scholar or have lived with the people for a long time; to that extent this write-up is an introductory one.

Philosophies
The Chinese culture is based on two simple principles – Guanxi and Mianzi.

Guanxi, meaning relationships or connections, is something the Chinese hold in high regard. Guanxi is the main source of all business and social contacts and defines who you know and what those people can do for you. The members of a Guanxi network believe in getting to know each other well before entering into any business transactions. These members are obligated to help each other out at some point in time, leading to a positive cycle of growth.

Mianzi means face; losing face, giving face and saving face. The Chinese believe in behaving with dignity and respect, to maintain their own self worth as well as that of others. It is a critical aspect of Chinese culture and can make or break a relationship. To ‘lose face’ indicates a sign of disrespect, like criticizing an employee in front of the other staff. To ‘give face’ means to give someone respect by arriving on time or by giving a compliment. The concept of ‘saving face’ indicates controlling your temper and avoiding yelling or screaming in public.

Balance
All of China’s business transactions are based on the idea of maintaining balance and harmony in society. Chinese philosopher Tao came up with the concept of ‘Chi’ which means energy. He stated that energy must be utilized in a way to maintain harmony between the two opposites, yin and yang. This popular ideology influences every decision the Chinese make, with the main idea being to avoid any imbalance in business, the economy, society and relationships. This popular concept has now extended to several other parts of the world as well.

Etiquette
The Chinese list of rules for etiquette and manners is rather extensive but easy to follow if you just look at the basics. The first and most important rule is to bow respectfully when meeting and greeting people followed by a quick handshake. Speak politely with a smile and address women with respect. Avoid speaking, eating or gesturing loudly. Use both hands when taking or giving something. Don’t use the word ‘no’; instead, use substitutes like ‘I will think about it’, or ‘Is there another option?’

Beliefs like avoiding use of red ink, not gifting a man a green hat and staying away from the number 4 are some other notions that the Chinese hold dear.

Language
The Chinese language is actually a set of many different dialects like Mandarin, Wu, Yue, Min, Xiang, Hakka and Gan. Chinese is considered one of the most difficult languages in the world due to the presence of about 50,000 odd characters made up of varied strokes. These characters can be grouped into 6 sets (Pictographs, Indicatives, Ideatives, Harmonics, Transmissives and Borrowed Words) which can be written with 8 different strokes. Each character resembles a syllable; the change of even one stroke can change the entire word. Similarly, the stroke order and character order also affects the final sentence. One can only use a Chinese dictionary if one is aware of how the characters are written.

Food
The Chinese strongly believe that their cuisine is directly related to medicine and helps in maintaining their overall health and wellbeing. Although one needs a strong palate to digest some of the local delicacies, the abundance of fruits, vegetables and grains in their food makes it a healthy meal. Traditional Chinese food is not too sweet and not too oily and usually served warm. Local dishes mainly include various sauces, condiments, herbs and spices mixed with vegetables and noodles. Rolls and wraps are also common. The Chinese use chopsticks to eat everything except soup, and can use them to pick up even a single grain of rice. When visiting China, it is fine to use a spoon and fork if you’re not accustomed to chopsticks.

The Chinese believe that in order to ward off evils, it is important to consume one of seven basic necessities which include tea, oil, vinegar, firewood, rice, salt and soy sauce. This is one of the reasons why these ingredients are used so commonly in Chinese cooking.

Culture and Traditions
The Chinese people believe in the ideologies of Confucius and Tao, both ancient philosophers. Buddhism is followed widely. China is the birthplace of the popular martial art, Kung Fu, which literally means ‘achievement of man’. Usually the word Kung Fu is used to define any type of learning which requires patience, effort and discipline. There are several types of martial arts that are taught in monasteries and temples by trained monks. The Shaolin style of martial arts is considered the first ever institutionalized Chinese art with its inclusion into monastic life.

Games and pastimes are common in China, some popular ones being Mah Jong, Solitaire, poker and domino games. Chinese tea ceremonies are very common in the country and there are specific instances in which Chinese tea is served, like on wedding days and family gatherings. Tea is also served as a sign of respect, to apologize or to give thanks. The process of brewing tea is considered very ceremonious where tea leaves are allowed to stew in warm water, and when ready, the tea is served in a traditional clay pot.

Economy
Touted as the fastest growing economy today, China is the hub of all manufacturing and production activities. Entrepreneurship is high here, with almost a quarter of the population engaged in private businesses. Liberalization has contributed strongly to this development, with subsidies boosting the corporate sector.

I hope you have gained some insights into understanding the Chinese!